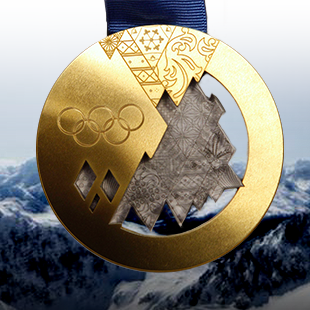 The Olympics begin this week. Are you prepared for a flurry of winter sports in real-time? Here's how.

With the Winter Olympics kicking off this week in Sochi, we all know to tune into NBC to watch the ice skating, snowboarding and, yes, even curling events. But this time around, NBC is only airing highlights mostly during the prime time hours. Which is why your favorite shows are off the air along with the line up of NBC's competitors (and the reason you aren't seeing a new Marvel's Agents of S.H.I.E.L.D. episode until March 6th.)

If you want to keep up in real time, there are plenty of options. First is NBC's version of ESPN, a cable network sports affiliate dubbed NBCSN that will air over 230 hours of live coverage starting Saturday at 3 a.m. ET. There is also NBC's official website coverage at NBCOlympics.com. You can also catch NBC's coverage via the free NBC Sports Live Extra app for your iPhone/iPad, Android or Windows Phone mobile device. All these options, however, require you to actually have a basic cable subscription to authenticate the apps or watch online.

What to do if you don't have cable

There are a few choices for those without cable. First is buying an HD antenna. They're pretty cheap these days on Amazon ($40 for the Mohu Leaf.) However, like old school television watching, the programming won't be on demand and you'll have to be in front of TV at the right time.

If you want to follow on your phone or tablet, Team USA now has its own Road to Sochi app for iPhone and Android along with a Windows Phone version. For keeping tabs on the progress of all countries, you'll want to download the Sochi 2014 Results app for iPhone, Android or for Windows Phones. With these apps you can keep up on the latest news, scores and big events.

Facebook has official pages for US Olympic team as well as the freestyle ski team, luge team and snowboarding team. If gratuitously filtered photos are your thing, Instagram has a Team USA page as well as pages for many of the venues such as Fisht Olympic Stadium where the opening and closing ceremonies will take place, Adler Arena for speed skating and Rosa Khutor Extreme Park for snowboarding and freestyle skiing events.

However, if you are just searching for the social media presence for a specific athlete, the easiest way it find them on the official Olympics social directory or NPR's list of Twitter accounts for Olympians.

In case you just scrolled to the end, the short version is: NBC primetime for time-delayed highlights; NBCSN cable network for continuous coverage; YouTube, official websites and social media for immediate updates; and apps for news and highlights on the go.

Now, go forth and take in the non-stop Winter Olympic goodness on all the devices!