Beyond simply enjoying the chance to work with other franchises and characters, Dunham believes that movie licenses give his games a crucial edge in a flooded market. "There's a lot of competition in the App Store and Google Play Store to be seen. It's very fierce," says Dunham. "You can pay a lot of money to be noticed in the market, you can have a great free-to-play game that's goes viral if you're lucky, or you try to use a brand that's recognized. That's why studios are working with movie IP." 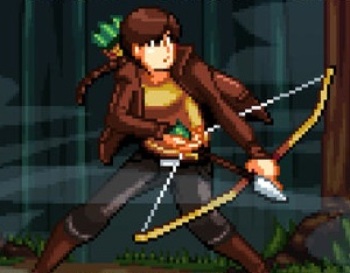 Perhaps that explains why familiar faces like Godzilla and Merida from Brave keep popping up in match-three puzzle games, endless runners, and other mobile genres that are popular but odd fits. To be fair though, that same thought process also let Canabalt creator Adam Saltsman put a rad retro spin on The Hunger Games with 2012's The Hunger Games: Girl on Fire. It just depends on the approach, something Dunham knows well after going from a big console shooter to a small mobile stealth game using the same franchise.

However, not everyone with a history of licensed game development shares Gaming Corps' enthusiasm. "There are more licensed movie games on mobile, but I haven't seen any indication that quality has increased," says Tom Eastman, President of Trinket Studios. "Movie games have always been of suspect quality, and mobile's shorter development cycles don't seem to be the cure. The additional pressure for a game to stay true to a movie's characters and story ends up being very detrimental to the creative process."

Before leaving Disney-owned developer Wideload Games, Eastman worked on Avengers Initiative for mobile. The fact that the official video game tie-in for the third biggest movie of all time, and a superhero movie at that, was only on phones and tablets may sound strange. However, according to Eastman, "It's only odd if you're looking at Disney from the outside. It was expected once we'd seen inside Disney Interactive." The game eventually launched months after The Avengers film, missing the profitable zeitgeist. "The corporate-level turnover and constant project cancellations were not the right environment to synchronize game development with anything."

The derivative gameplay of the finished product disappointed its creators, and Avengers Initiative was ultimately pulled once Wideload was shuttered due to further corporate misalignment. As leader of a new indie developer, Eastman currently wants to concentrate on original ideas. But when asked if he would ever take on a license again, he says, "There are a bunch of properties we absolutely love and would seriously consider like Adventure Time, Battlestar Galactica, or Firefly. But we'd have to negotiate for a lot of freedom. The license should contribute to the game's concept instead of dominating it. Being restricted by a license may be a good way to make money, but it's an awful way to make fun games."

However, for many developers and players alike, one recent game series does manage to honor the spirit of its license while still being worthwhile in its own right: the Batman: Arkham series. These games focus on quality instead rushing to meet some arbitrary movie deadline. They confidently do their own thing. And while that franchise exists primarily, but not solely, on consoles, developer Glitchsoft adopted a similar strategy for their recent mobile game Uncanny X-Men: Days of Future Past. 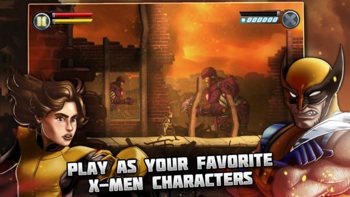 "We wanted to take a different approach as a tribute to the 50 years of X-Men history," says Erik L'Abbe, Director of Marketing at Glitchsoft. Along with its impressive work on its previous He-Man mobile game, the company's passion for all things X-Men convinced Marvel to approve the project. So despite releasing alongside the film version of the classic comic storyline, mutant lovers on staff didn't want to limit their vision to just one specific interpretation. "For example, Kitty Pryde is such an important character in X-Men history, and yet few of the movie fans even know who she is." L'Abbe says that licensed games can suffer because of "liberties sometimes taken by movies which are reflected in the game." So for Glitchsoft, "Staying true to the original comic book was important so that fans could experience the 1980s version of the epic story."

But no matter how each studio handles them, movie games aren't going away, mobile games aren't going away, and it looks like they'll be sticking together for a while in our increasingly transmedia world. However, amidst all this talk of games based on huge blockbusters, we shouldn't overlook the fascinating future opportunities for more modest movie tie-ins that mobile platforms offer. "A lot of directors are opening up about things that traditionally wouldn't be made into games," says Sineni citing last year's acclaimed sci-fi thriller Gravity as the hypothetical kind of film with the potential for a truly unique mobile game adaptation. "They could have never been a huge AAA game, or even a $30 console game. But if directors embrace these smaller experiences, these ideas you can only have on mobile, it could be really neat."

Jordan Minor is a freelance journalist who uses his fancy new Northwestern University journalism degree to mostly write about video games. Follow him on Twitter or send him an email.