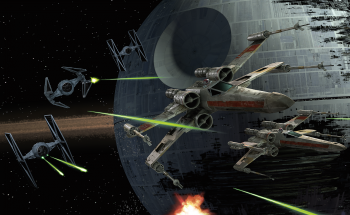 4. Have the Whole Movie be About Midichlorians
Or maybe J.J. was pretty bummed that the Great God Lucas was no longer officially involved in Star Wars after selling off LucasFilm, and maybe he wanted to make up for it by taking a very, ah, Lucasian approach to Episode VII. And so upon consulting clandestinely with George, decided that the new film would really dig into the science of the Force.

You weren't really into that whole midichlorians thing? Tough luck, bruh, because that's literally what all of Episode VII is about. The good guys are folks who can't use the Force and are frustrated about it, and so they start running midichlorian experiments to find out what the deal is with them. The main conflict in the film comes from the new Jedi Order, which is opposed to efforts to learn about the midichlorians. This will probably come off as a faith vs. science thing to some viewers, but that's shortsighted.

What J.J. learned from the audience response to Lost is that people really do want to know every detail about everything that could possibly be construed as a mystery, and so Episode VII is a jab at those hypocrites who act like the "mysterious nature of the Force" is important to them. No, you actually want to know everything, and by golly J.J. is going to give everything to you, all while defending the honor of Our Dear Lord Lucas. 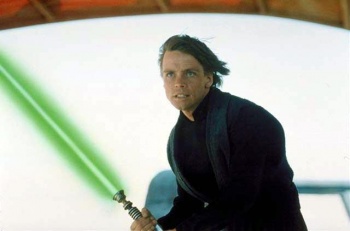 5. Introduce the Shit Weasels from Dreamcatcher to the Franchise
I said at the top that this is J.J.'s movie, and that's probably true. But he did bring in The Empire Strikes Back and Return of the Jedi screenwriter Lawrence Kasdan for, at least, the sake of credibility. It sounds good, right? Well, no, because Kasdan has sucked pretty hard for a while now. Remember Dreamcatcher?

Dreamcatcher is Kasdan's awful adaptation of Stephen King's bad novel, and it's memorable for one thing: the shit weasels. Shit weasels are like the chestburster from Alien, except they burst out of your butthole instead of your chest. It's really gross, and Kasdan just knows you'll come to appreciate them if he can find the right context for them.

So if Kasdan actually did work on the new Star Wars instead of just taking a screenplay credit for marketing purposes, he probably sees this as his redemption play, both for him and the shit weasels. They've got the visual effects budget to make them look real nice, after all, and the kiddies are sure to love this sort of, ahem, toilet humor. So yeah, there's going to be shit weasels in Star Wars Episode VII.

Is any of this going to happen? I hope not. But knowing J.J., anything is possible...