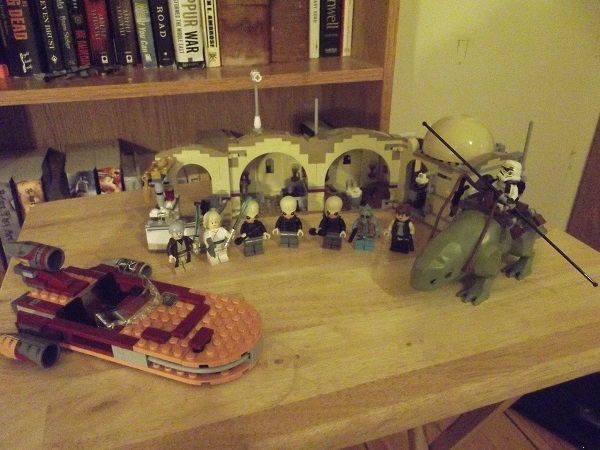 The Mos Eisley Cantina took me about three hours to build and, overall, was a lot of fun. I'd be lying if I didn't admit, however, that I was more than ready to be done with it by its end. In retrospect, I might have split it up over two nights rather than just pushing straight through and knocking it out in one.


As for the set itself, there's a lot to like, especially on the mini-figure front. That being the case, your overall enjoyment is something I could see varying depending on what you plan to do with it. If you're actually intending to play with it, this is a great set. Its design makes it flexible and easy to transport and the abundance of mini-figures provides a lot of fodder for fun.

If you're looking for something to display however, there are better Star Wars options out there. The LEGO A-Wing, looks awesome, costs less than half the price of the Cantina and requires substantially less build time. The new LEGO B-Wing, likewise, delivers a decently sized vehicle that looks considerably nicer on a shelf than the Cantina. This isn't to say that the Cantina isn't worth the time or money, but there other options you might consider over it.