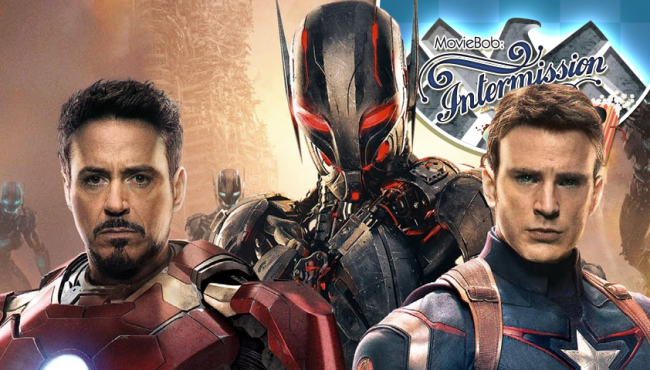 The mid-season finale of Agents of S.H.I.E.L.D. is big... and not just for Marvel's television endeavors.

Before reading on: watch out! There are MAJOR SPOILERS below for Agents of S.H.I.E.L.D., Avengers, X-Men: Axis and various Marvel Comics storylines. If you're all caught up on Marvel in TV and comics, and want to know more... then you're in the right place. Read on!

Another week, another bit of space to fill as we wait for Agent Carter to start filling Agents of S.H.I.E.L.D.'s timeslot. Too bad, but on the plus side it gives us another opportunity to pour over what the (quite literally) earth-shaking revelations of Agents' mid-season finale actually meant (beyond providing me with several weeks worth of material, I mean). Last week, it was all about what the big change meant for the series itself. This week, we'll dig into the ways in which this new status quo shakes the foundations of the entire Marvel Cinematic (and comics!) Universe.

TO RECAP...
As it turns out, the defeat of Ronan The Accuser by spacefaring human Peter "Star Lord" Quill as depicted in Guardians of the Galaxy was not the Marvel Cinematic Universe's first important encounter between an Earthling and the ancient alien race known as The Kree.

Rather, The Kree had been mucking around on Earth in prehistoric times (and, it's implied, at differing intervals thereafter): specifically experimenting on the DNA of primitive humans. These experiments have yielded, in the present, genetic legacies passed through familial bloodlines (which we now know includes S.H.I.E.L.D.'s mysterious master-hacker Skye and the enigmatic Raina) that effectively constitute a secondary "strain" of humankind who, when exposed to a mysterious Kree element, instantly unlock nascent superhuman powers and (sometimes) monstrous new physical forms.

Said more succinctly: The Inhumans walk among us.

WHY IS THIS IMPORTANT?
It can be easy to forget this, since it's so very much a splitting of hairs, but up until 2014 nobody in the Marvel Cinematic Universe was born with special abilities qualifying as "super-powers." No, not even Thor: Remember, Thor is only "superhuman" compared to humans on Earth. Among his fellow Asgardians, he's just pretty damn strong and a skilled fighter -- he doesn't even fly or command lightning by his own hand, those "powers" are functions of enchantments within Mjolnir, his hammer.

Iron Man built (and wears) his powers -- without the gear, he's just a fast-talking super-genius (this is also the case, minus the "genius" part, for tech-using supervillains like the cyborg Winter Soldier). Captain America and The Hulk were normal humans granted (or cursed) with their superhuman forms by science (see also: Abomination, The Red Skull and a whole host of creeps on Agents of S.H.I.E.L.D.) Black Widow and Hawkeye? Just really, really good at fighting.

...until, seemingly, a post-credits scene at the end of Captain America: The Winter Soldier. Here, we saw HYDRA bigwig Baron Wolfgang Von Strucker not only being in possession of Loki's scepter but also having imprisoned (?) a pair of young people with special-powers he (Von Strucker) referred to as miracles: A boy capable of moving at superhuman speeds, and a girl demonstrating apparent telekinesis. Fans, of course, recognized them as siblings: Pietro and Wanda Maximoff, aka Quicksilver and The Scarlet Witch.

And yes, "Quicksilver" is also the name of the "breakout" character (with the same powers) from this summer's X-Men: Days of Future Past. That's where things get complicated.