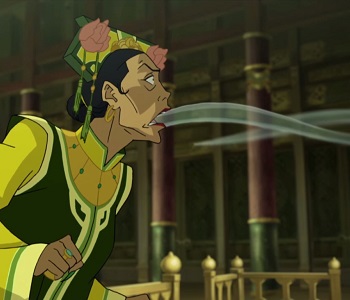 The pivotal moment that kicks off events in ATLA and Korra is the genocide of the Air Nation by the Fire Nation. Still, even with mass murder being the spark that set off of the first series, the genocide is handled largely in the abstract (although Aang's mourning is especially poignant and well-done). Avatar never really became comfortable with death, and in fact the vague delivery of one character's demise turned into a joke later on in the series.

Legend of Korra, however, did not shy away from character death. A murder-suicide closed out the first season and the audience watched the air pulled from the Earth Queen's lungs in the third. As far as Korra was concerned, Bryke seemed to understand that kids weren't going to be traumatized by on-screen death. The writers explored the story of these characters freely and - at times - lethally. While occasionally clichéd, these deaths often brought significant emotional weight to the story.

That murder-suicide was ultimately the result of severe emotional and physical abuse by the father of the first season's antagonist(s?). The murder of the Earth Queen by Zaheer was a turning point for the audience as first moment we learn how dangerous the anarchist really was. His paramour, P'Li, suffered one of the most brutal and sudden deaths in children's television, and it was delivered shortly after an incredibly humanizing scene between the two of them.

Sure, sometimes characters died to get them out of the way for the next season's villain, but even some of those deaths functioned to establish the humanity of the show's many antagonists. 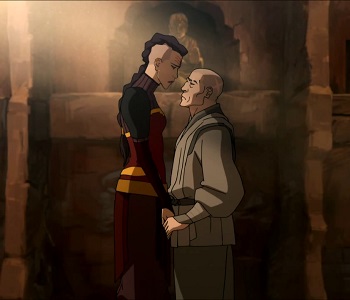 The primary antagonist of Avatar: The Last Airbender was pretty much just an angry guy that wanted to rule the world. In Korra, however, all of the villains are refined with backstories and fairly tragic situations. Their motives were usually understandable (except for Unalaq; screw that guy).

The showrunners trusted that the audience, including all those kids, could comprehend that the "bad guys" usually see themselves as the heroes. All of Korra's nemeses eventually take things too far, losing a lot of our sympathy once they are revealed to be bloodbenders or they build a super-weapon, but even Amon and Kuvira have heartbreaking backstories to help the audience feel some compassion for them.

Korra provided great background on what motivated these characters, rather than just the standard goal of "ruling the world" (once again, except for douchelord Unalaq). Amon was a victim of severe abuse and manipulation at the hands of his father, Zaheer was witness to the fumbling of the world leaders and atrocities in the Earth Kingdom, and Kuvira's abandonment issues gave a reason for her need to control. Zaheer and Kuvira were particularly human characters thanks to their personal, romantic attachments, but both lost the ones they loved in the journey to reach their goals.

For much of each villain's season they present valid arguments for their actions. For instance, the first season of Korra made a terrorist someone you could kind of understand. Not because Bryke was trying to teach kids anything about terrorism, but because they respected that those younger viewers could resolve the dissonance between understanding someone's view and disagreeing with their methods.