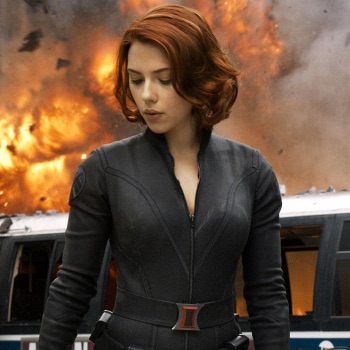 Let's get this out of the way: live-action adaptations of anime rarely go well.

But it's not just that stylized animation doesn't always translate well into a medium with human bodies on screen. When western film producers have the chance to offer opportunities to lesser seen actors and minorities, we see the same people again.

Scarlet Johansson has reportedly signed on to DreamWorks' adaptation of Ghost in the Shell, a manga with several animated adaptations. The story focuses on Motoko Kusanagi, unrelenting cyborg taking down cybercrime. The 1995 animated film adaptation of the manga is one of the better known and more celebrated adaptations, and it stands with other Japanese anime of the time like Akira (1988) and Cowboy Bebop (1997) as interesting takes on technology, people, and moral ambiguity.

But why a white woman? When a Hollywood producer or director announces interest in an adaptation of a Japanese anime, the source material is often Americanized. The Akira live-action adaptation, which seems to have fizzled, featured whitewashed characters in a New York-like city. In an early iteration of the project, concept art showed white characters as Kaneda and Tetsuo, renamed Travis, and later when the second director departed the project, white actors such as Robert Pattinson, Andrew Garfield, James McAvoy, Michael Fassbender, Chris Pine, and Keanu Reaves were candidates for the main roles. Because we obviously want someone named Andrew Garfield to play a character named Tetsuo Shima.

This is the same situation with Motoko Kusanagi. While there are plenty of Asian actresses who are just as talented as Scarlett Johansson, the industry overlooks those women. The easy excuse is that hiring those actresses would be financially risky. The industry has already grappled with the belief that only women will see movies where the main characters are woman, yet female-led Frozen is the fifth highest-grossing film in history, while Lucy and Maleficent earned $40 million in their respective opening weekends in the box office. Movies in the past several years have made it obvious that films with female leads are just as financially successful, and yet only 31% of speaking roles in films are female, according to research by the Geena Davis Institute on Gender in Media. Only 7% of directors are female!