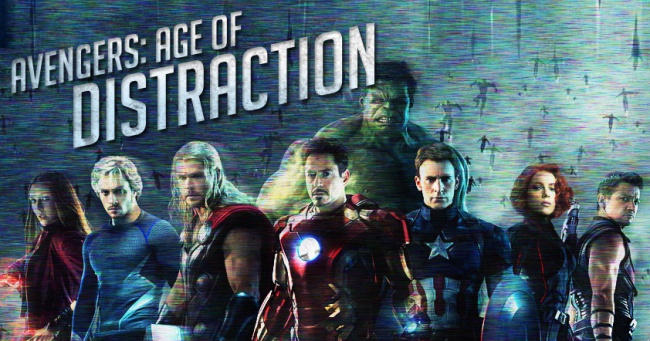 Avengers: Age of Ultron isn't a movie that needs to exist.

Oh, it's a fun movie, no doubt about that. It features several well-crafted action scenes, hilarious character moments, and generally works as a fun summer blockbuster. But it's also the first Marvel Studios project that feels completely unnecessary - you could skip it and look forward to Civil War while missing little of note. Age of Ultron mainly exists to fill an Avengers-sized hole in Marvel's lengthy timeline - not because Ultron was the right villain for the right film.

Since Iron Man, Marvel has operated with a long-term plan in mind. Phase 1 was all about establishing the universe, using standalone films to lay a foundation for enormous story arcs. Phase 3 will be the climax of those plotlines, pitting superheroes against a cosmic threat that was teased out for a decade. That leaves Phase 2 in a weird middle ground - it has lots of room to experiment with its characters, but can't do anything that upsets the Phase 3 apple cart.

On the one hand, this produced some amazing work that redefined superhero films. Iron Man 3 was the best of the series. Captain America: The Winter Soldier turned the entire MCU canon on its head. Guardians of the Galaxy was a near-perfect sci-fi extravaganza made with Marvel's least-likely properties. Even Thor: The Dark World had its moments - like a universe-spanning battle that's still one of Marvel's most imaginative finales.

But when you reach Age of Ultron, that defining standard doesn't quite work. It's enjoyable, sure, but doesn't really matter in a grand narrative. The threat of Ultron is introduced and fully resolved in a few hours. Wakanda is mentioned as a source of vibranium, but nothing that couldn't be detailed in Civil War or Black Panther. Most surprisingly, the entire team threatens to tear itself apart over Iron Man's actions - only to completely settle their differences and part on good terms. Which would be fine, except these guys are supposed to be fighting when Civil War rolls around. Why smooth over the tensions when they'll be torn apart within a year anyway?

The Marvel Cinematic Universe made its bones on a premise that everything matters. Characters like Coulson and Black Widow bounce between each series. Schemes crafted by Loki or Hydra play out across franchises. Plot macguffins like the Infinity Stones impact heroes who never meet - even across the galaxy. But in Age of Ultron only a tiny handful of scenes truly matter, and most of those occur in the last five minutes. Civil War will be a Captain America movie with bigger implications for the Avengers than this Avengers movie. What are we waiting for? Civil War even has almost all the Avengers in it, for Odin's sake.