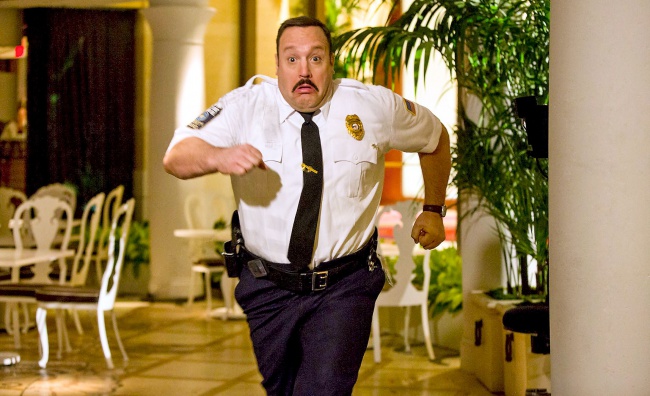 When Paul Blart: Mall Cop 2 came out, I called it the worst movie of the year. Just over halfway through the year, that prediction has stood up. While it's possible it'll be dethroned, it's hard to imagine so. This is the most unfunny, boring, meandering movie I've seen in a long time, and I sat through all three Hangover films. The first film sucked, but it at least had a few chuckles scattered throughout. This one just sees Kevin James fall down and act like an abrasive jerk for the entire running time. It's "daddy knows best" coupled with arrogant superiority. Why should I be rooting for him? I'm embarrassed to admit I saw this movie; I can't imagine how anyone could claim to like it.

If you want more of Matthew "Marter" Parkinson, you can follow him on the Twitter @Martertweet and check out his weekly movie podcast.
Related to:
marteramerican heisthot pursuithuman centipedemaxminionsmovies and tvpaul blart mall cop 2pixelspoltergeistthe boy next doorunfinished business
0
Tweet