Halloween is right around the corner, which means that for the past three weeks or so, every website and mom-and-pop blog out there has been spouting off their two cents about which horror movies you must see to ring in the occasion. They've likely used a common viewing platform like Netflix to reel you in, then promptly insulted your intelligence by offering a bunch of suggestions that even the most neophytic horror fan could tell you was a staple of the genre. With all due respect to the men and women behind classics like Halloween, Rosemary's Baby, and The Exorcist, I've grown pretty gosh darn tired (pardon my French) of seeing their names pop up on every one of these lists for better than 30 years now, because:

Lucky for you, I've assembled a crack team of experts to help ensure that you spend this Halloween broadening your horizons with some truly new and diverse horror fare that can be found right on everybody's favorite streaming service, Netflix. So without further ado, I give you the One, True List of Overlooked Horror Films to Watch on Netflix This Halloween. 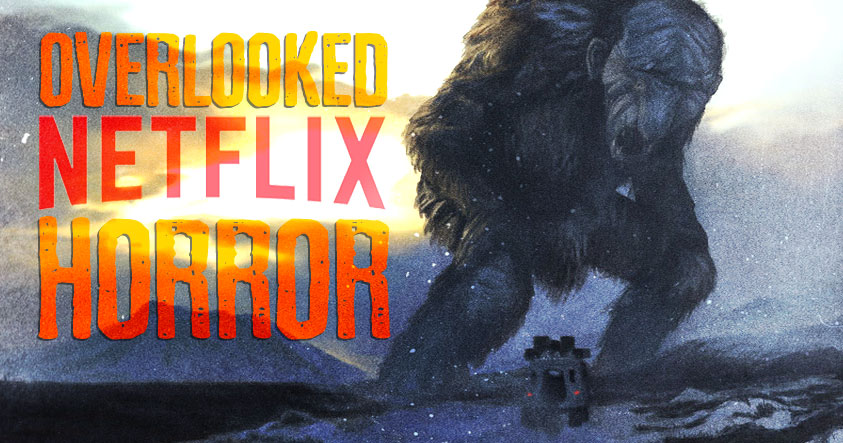 Of all the movies I will put on this list, there isn't a doubt in my mind that Jug Face will be the most divisive, which is why I've placed it first. It's a slow-burner of a film with a particularly grizzly ending which opts for atmosphere over gore to both maintain its ambiguity and suit the needs of its clearly undersized budget.

The debut film from writer/director Chad Crawford Kinkle can be best described as the bastard offspring of The Wicker Man and Deliverance. Set in a backwoods corner of Tennessee wherein the members of an isolated community regularly sacrifice their own to an all-knowing "pit," Jug Head is a grimy, cerebral, contained-bordering-on-claustrophobic horror film that is equal parts character study and meditation on cult ritualism.

When young Ada (Lauren Ashley Carter) is knocked up by her brother (gross) on the eve of her wedding, she is chosen by the pit to be sacrificed next - or more specifically, by a town member who serves as the pit's vessel, channeling its desires into clay molds that make up the titular jug faces. Fearing for both her own life and that of her unborn baby's, Ada attempts to escape from the community as the pit begins to sacrifice the members of community in her place.

But what Jug Face manages to do best, in my opinion, is depict a tribe of monster-worshipping yokels without turning them into one-note caricatures. The members of this deep South commune derive no pleasure from the reprehensible actions they commit, and in fact, are only driven to do so by the fear of what will happen if they don't (and to a certain degree, destiny). That notion of consequence, of a complete lack of control, is what elevates Jug Face above most entries in the "backwoods horror" canon.