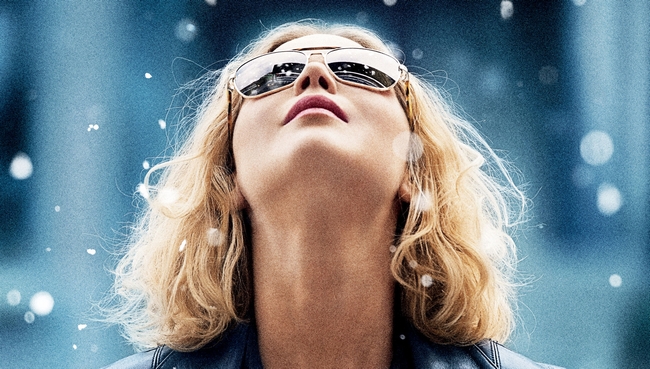 Joy follows a woman named Joy Mangano, a name you may or may not recognize. In real life, she was the inventor of the Miracle Mop. Joy tells her story.

It's a little odd how none of the trailers thus far have actually mentioned the Miracle Mop, and most of Joy seems to be based around points in Joy's life that have little to directly do with that, but it's still David O. Russell, and he's directing Jennifer Lawrence, so at least you're going to get some good acting. Add in what looks like a good Robert De Niro performance and you've got a film worth seeing. 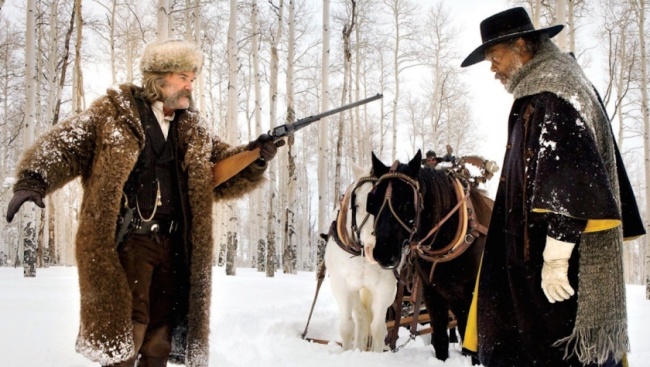 Eight strangers find themselves stuck in a cabin during a blizzard.

It's Quentin Tarantino! You know this is going to be a talky, bloody movie, one that doesn't shy away from anything, and whose dialogue is going to be both fascinating and often times completely off-topic. This is his eighth film - assuming you count Kill Bill as one film, which he does - so there aren't likely to be many surprises here. But it's sure to be a fun ride, and with it being filmed on, and presented in, 70mm, you're also going to get a gorgeous movie.