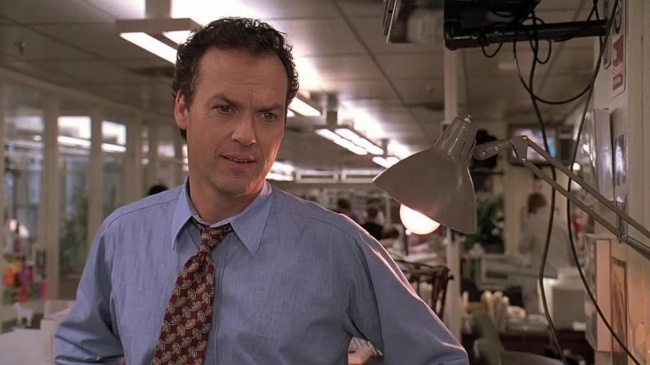 Before Spotlight, Michael Keaton was part of another ensemble drama, albeit with a lighter touch, set in the world of reporting. While a blip on Oscar-winning filmmaker Ron Howard's oeuvre, The Paper is well worth a view thanks to the superb work of a great cast, David and Stephen Koepp's deft script that takes a page (no pun intended) from His Girl Friday, and Howard's brisk direction. Set during one "make-or-break" 24-hour period, Keaton plays Henry Hackett, the editor of a fictional New York tabloid who stumbles upon a hot story involving the shooting death of two white businessmen allegedly by a couple of African American teens and must decide how to pursue it. Subplots big and small are thrown in involving everyone from Hackett's very pregnant wife (Marisa Tomei) to his tumultuous relationship with the paper's icy managing editor (Glenn Close), keeps the action moving. Randy Quaid, Robert Duvall, and Jason Robards round out the strong cast, but it's Keaton, just as he showed in this year's Best Picture nominee, who proves to be the glue holding it all together.