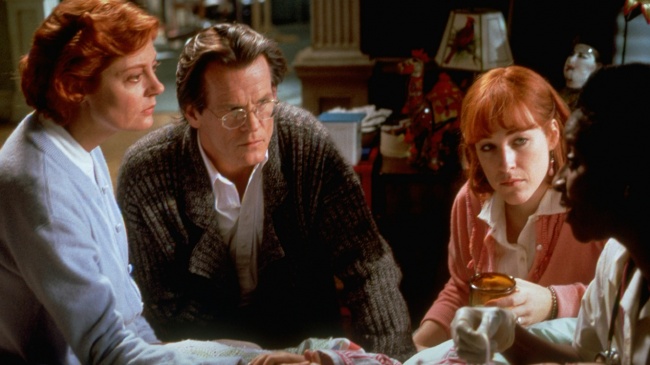 How can I compare a drama to the biggest action blockbuster of the year? Bear with me here. If you were blown away by Mad Max: Fury Road, then the obvious rival film is The Road Warrior, George Miller's second installment in the Mad Max franchise. But you've probably seen that film more than you can count, so why not delve into Miller's small but versatile filmography, starting with this fact-based medical drama that moves like a thriller. Miller, whose credits also include The Witches of Eastwick and both Happy Feet films, actually studied medicine before segueing into filmmaking so it's no surprise why he was drawn to the story of young Lorenzo (Zach O'Malley Greenburg), who is diagnosed with ALD, and the miraculous drive and courage of his parents, Augusto (Nick Nolte) and Michaela (Susan Sarandon), to find a cure. While nominated for two Oscars (Best Actress for Sarandon and Best Original Screenplay), Lorenzo's Oil hardly made waves upon its release. It remains almost lost in the consciousness of moviegoers but is a prime example of just how skillful a filmmaker Miller really is. There is not a single car crash here, but the effect of the film is no less exhilarating than Fury Road.

Do you agree with these picks? What films do you think rival the Oscar nominees? Sound off in the comments!