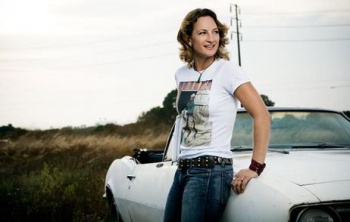 One idea that I keep coming back to is stuntwoman Zoe Bell. The "Xena: Warrior Princess" double for Lucy Lawless and Death Proof actress has the best action chops of any lady available. Yeah, sure, I know her New Zealand accent doesn't quite fit the traditional Danvers character, but we should all remember that "Earth's Mightiest Heroes" can be found outside Manhattan. Outside the U.S. and outside the American hemisphere wouldn't be a bad idea. She's also incredibly funny. Unfortunately, there's no way Disney would allow their big gamble of a female-led comic film to be headed by Bell. She isn't exactly a marquee name that can guarantee a box office win, or even a face that would be recognized on the poster. But who knows... maybe we can see her as a worthy villain. 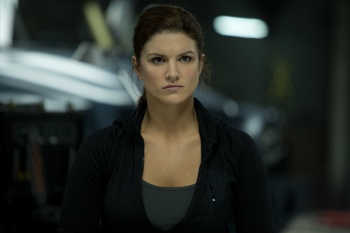 Oh, and since I've already taken a few potshots at DC here, let's consider professional MMA fighter and Furious 6 star Gina Carano. Warner Brothers sure didn't adequately do so. Since the best choice for Wonder Woman was never even approached (per Carano herself), let their loss be Marvel's gain. Carano is very believable as a military operative, her MMA background would make for some fantastic fight sequences, and I think she's capable of the necessary emotional conflict for the character. Heck, she can even wear a silly spangly suit (she was an American Gladiator, after all). But I'm an easy sell, because I really am a fan. Some doubt has been thrown at her acting ability, since her big breakout performance in Haywire was that of a stoic Rambo type without a ton of nuance. See what I mean? That sounds perfect for what DC and WB are going for, doesn't it? But not so much for Marvel. 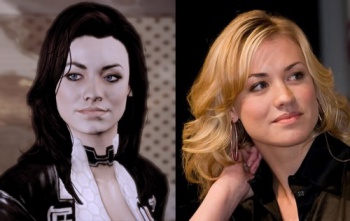 WINNER WINNER CHICKEN DINNER! When all's said and done, I submit that the perfect choice would be Yvonne Strahovski, aka Miranda Lawson, the genetically-engineered Cerberus operative from the Mass Effect trilogy. While she has the ability to project danger and a hotshot attitude, she has never been afraid to be silly or blend within a group. On "Chuck," she fit right in with the comedy and action, and in both "Dexter" and the Mass Effect sequels she affected a somber, sympathetic disposition amid similar identity quandaries as Danvers experiences. She's also within the age range Disney and Marvel would like, so they don't have someone aging out of the role before her second sequel (we all know Marvel's ten-year plan, right?).

Agree? Disagree? Got a better candidate? Let me hear it! The point of this is obviously to run every casting director out of the business for good. Who is with me?!