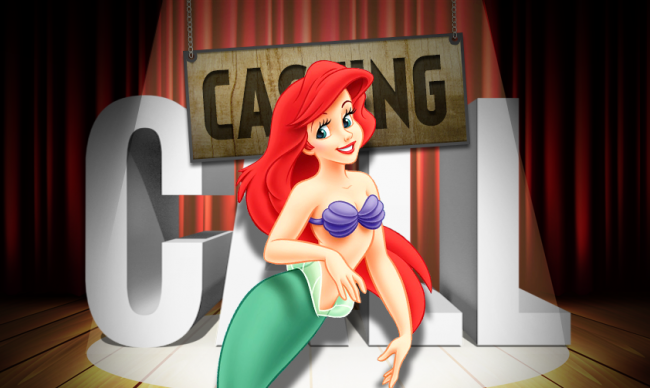 What with the surprising quality and success of Maleficent and Cinderella, it appears that these contemporary live-action reboots of beloved Disney animated classics are becoming big business. Now we have very encouraging casting news regarding Beauty and the Beast and a recent trailer dropped for The Jungle Book.

Hey, you know what would make all the money ever?! If Disney turned The Little Mermaid into the hardcore Aquaman movie we will never get from Warner Brothers. Imagine a huge, sweeping nautical adventure with a big fleet battling a typhoon-spewing Ursula kraken in the final act. Reimagine Prince Eric as a Master and Commander type who is abdicating his duty to the throne by roaming the high seas. What do you get? You get Pirates of the Caribbean meets Into the Woods. But how do you cast that? So many of the characters are larger than life and should really only function as cartoons. Let's take a look at the main cast and who would blow the doors off those big musical numbers and/or make those fish scales look smashing. 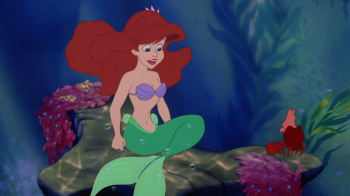 What we need is a young lady who can be willful, courageous, and a bit of an outsider. Also, someone who can emote capably without speaking due to a slight case of voice theft. Not only that, but we need someone who has quite a voice to steal; Ariel should bring the house down for "Part of Your World." I submit that the best choice is Brie Larson, of 21 Jump Street and Scott Pilgrim Vs. The World fame. She has a fantastic voice and can easily thread the needle between the undersea fun and the manipulated love story. Besides, I would love to see her in a starring role. She is a born scene-stealer. 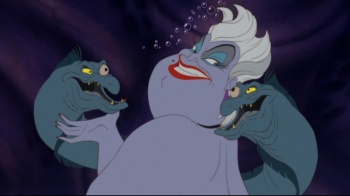 This one is painfully difficult. Ursula is one of the cruelest and most sadistic of Disney villains. But she's also just a stone-cold diva. A character that demands a possessive presence. Now, the theater-loving side of my brain wants Kate Mulgrew, of "Star Trek: Voyager" and more recently "Orange is the New Black." In her role as respected power-broker Red Reznikov, Mulgrew darts nimbly between vulnerability and maniacal genius. That sounds perfect.

Although, Mulgrew does not have a musical background as far as I'm aware. While the Internet's kneejerk reaction seems to revolve around Queen Latifah, I submit that we would never buy her as a psychotic and vengeful sorceress. She seems to have a beatific smile on by default. Now, [/b]Yvette Nicole Brown[/b] can be scary. On occasion as Shirley on "Community" she would drop the happy homemaker persona and bust out a bonafide death stare and chilling growl. Plus, she has a powerful singing ability, which would help with "Poor Unfortunate Souls."