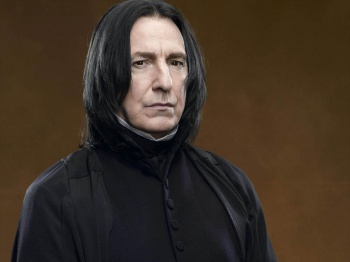 Boy, if there's any actor alive who could deliver silly dialogue with the gravitas of this man, I submit they are not human. Rickman can make any silly fantasy into an engaging dive into a fictional person's very real struggle. Be he the cynical angel acting as the voice of an absent God in Dogma, the head-spinningly psychotic Sheriff of Nottingham in Robin Hood: Prince of Thieves, or the comically pompous thespian trapped in a silly sci-fi role in Galaxy Quest, Alan Rickman can always find some truth in the most over-the-top preposterous characters. He also is so captivating and enigmatic that he steals every scene I've ever seen him in.

Because of his experience teaching Harry Potter the ancient arts of mind magic as Professor Snape, I think the best way to utilize Rickman is to give him great big monologues on the nature of the Force, good, evil, destiny, life, the universe, and everything. He should play a mysterious hermit akin to Yoda, only without the orthodox view of the Light side. I'd love to see a "grey" Jedi, if you will, who controls both sides of the Force in an effort to bring actual balance between raw emotion and spiritual detachment. The best part is that he could even play an alien of some sort... that voice is all you truly need. 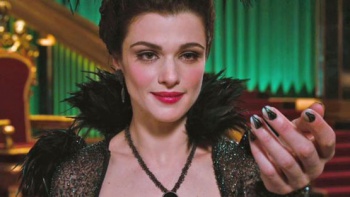 Stunning, such poise, and an amazing range that has seen her playing a conniving journalist, a tragically-fated humanitarian activist, and most famously an adventurous archeologist in the Mummy franchise. Weisz exudes a class that would be right at home in the opulent courts of intrigue on "Game of Thrones" or in the posh highrise offices of "Mad Men." This is something Star Wars has always required in order to sell the galaxy-wide conflicts that bring our favorite characters into battle with each other. There needs to be an authoritative presence to assure us that this silly space movie is about serious stuff. And yet she also can handle light-hearted genre fare with stunts and quippy dialogue, as The Mummy and Star Wars both evolved from similar old television serials.

Weisz would be perfect as the first female Moff in the Empire. I'd watch that in a heartbeat. Imagine her deftly circumventing the double-standards of the Imperial Navy while simultaneously leading a star destroyer fleet into battle against Rebel forces. She even has the requisite British accent that must be on your application before applying to the bad guy military.