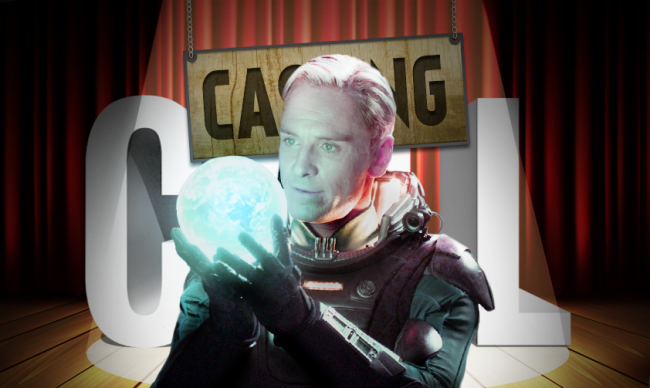 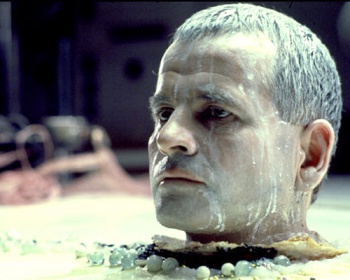 It sounds like Neil Blomkamp is hard at work to make his purported Alien 5 a fantastic return to form for the series. Meanwhile, Ridley Scott isn't quite done with it, recently stating that Prometheus 2 is now called Alien: Paradise Lost to hammer home the theme of the new series and its connection to the old films. So, it stands to reason that we've got plenty of new androids to meet.

It takes a special kind of performance to convey an artificial person's thoughts and feelings. That's probably why the synthetic crew members of the Alien/Prometheus franchise have always been the most nerve-wracking to get to know; they are typically a step ahead of the audience and the other characters, and they are hard to judge until they've revealed everything.

In 1979's Alien, the very late reveal that persnickety and elitist medical officer Ash is an android with murderous intent fits perfectly with Ian Holm's dismissive British schoolmaster routine. It explains his cold demeanor and his unshaken loyalty to regulations and orders. But he also attempts to kill Ripley by such an unorthodox and visceral method (cramming a nudie magazine down her throat) that it creates an even more disturbing gulf between human behavior and synthetic behavior. It makes Ash more, well, alien.

Meanwhile, the unflappable congeniality and capability of Bishop, the newer model from Aliens in 1986, forced the audience and Ripley to distrust him that much more. Bishop is respectful of everyone, he's smart, he's considerate of everyone's safety, and he refuses to carry a weapon just to show us that he's as harmless as Ash was dangerous. There was no way he wasn't up to something! To top it off, he was played by Lance Henriksen, whose soft and husky voice and gaunt face mix with a childlike bemusement and slow, deliberate movements. It makes Bishop and his genuine "nice guy" programming suspiciously fake, because in a way, it is.

Finally, we have Michael Fassbender as David, the artificial man at the center of Prometheus. His childish curiosity is even more pronounced, with his fascination with protagonist Elizabeth Shaw, his imitation of T.E. Lawrence, and his dutiful obedience to his "father" Weyland. Fassbender is an extremely imposing man, but he focuses his performance on David's submissive nature and vulnerability, as when he's insulted by other crewmembers of Prometheus for being a mere robot. Though he's visibly hurt by them, he cannot help his programming and is always willing to assist them when asked.

Androids in this universe seem to be a study in contradictions. So which actors could use their physical characteristics and a precise, mechanical performance to give us the uncanny valley willies?