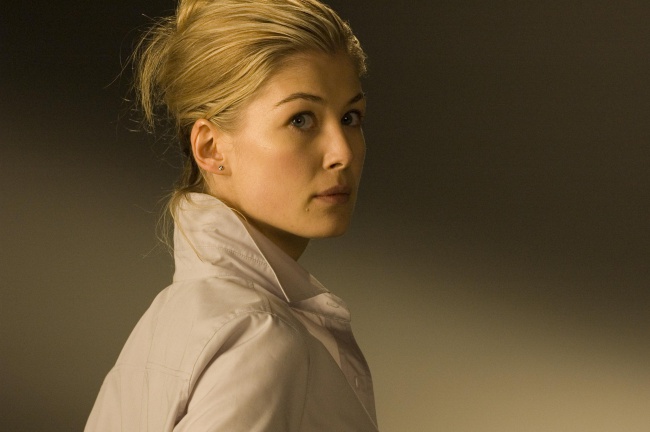 There has yet to be a female android in the Xenoverse, and I think Pike has all the makings for a rich character dealing with the terms of her own artificiality. In her haymaker performance as Amy in Gone Girl, Pike sways between a manipulative pathological liar and a mentally deteriorated shell-shock victim, depending on the situation. And not to praise anything about Die Another Day, but her shift from nervous rookie agent to sadistic, theatrical Bond villain shows that she could easily play a synthetic who feels pity and insecurity one minute and then become soulless and devoid of feeling the next. Say, if she were programmed to protect a company secret she might jettison her own lover out an airlock. Can the androids have lovers?

If cast as an android, Pike would certainly be limited to an Ash style of the character. I don't really see her as the friendly and misunderstood robot, but she's a dead ringer for "we suspected she was up to no good, never trust the android" story.