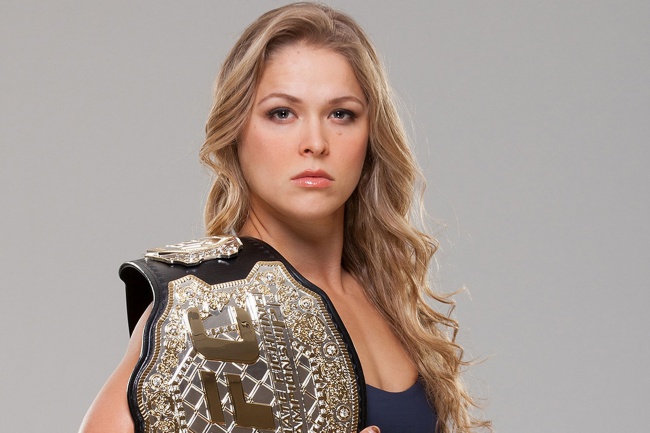 You guys asked for her back in the Captain Marvel list, and I think I finally found a character that would work for MMA fighter Rousey's still-budding acting skills. While not a seasoned pro at conveying emotions in small, muted ways, and having not yet demonstrated an innate ability to pretend to be someone else, Rousey has a physical presence not to be denied. And she also has a "screw you, don't tell me I can't do something" attitude in her real life. Imagine that affixed to the plight of an android: a model built solely for combat and protection (for instance, to protect the older Ripley and Hicks in Blomkamp's new entry) who is not programmed with any ambition beyond the immediate fight. Then Ripley has to teach her to win by teaching her to want for something at all.

I would love the idea of the synthetic protégé for our beloved female alien-killer, but I would hope Rousey would be believable as a cutting-edge piece of technology. I'm not saying she's a bad actress at all, but merely that her acting remains to be seen at this time. If capable, she could easily fit the part as Ripley's concluding synthetic. While Ash represented the menace of artificial human constructs, Bishop represented the benefit of their unwavering loyalty and ability. Rousey could represent Ripley's complete acceptance and immediate trust of an android, finishing her emotional arc.