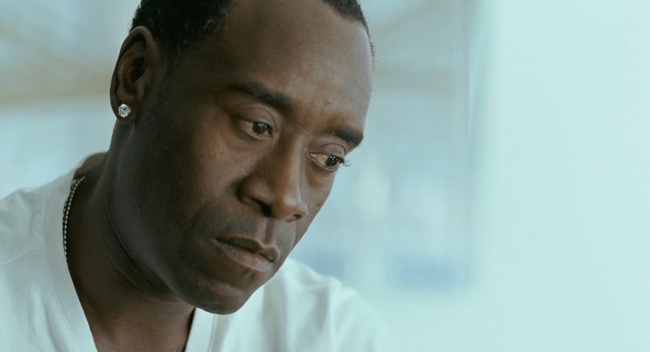 While most folks know him as War Machine from that ever-expanding merchandising machine known as the Marvel Cinematic Universe, Cheadle rose to A-List prominence with roles like Paul Rusesabagina, a man trying to hold together a lot of terrified people facing genocide in Hotel Rwanda and as a detective commenting on everyday prejudices in Crash. Cheadle does have something alien about his calm, authoritative presence. He has Henriksen's same deliberate command over his movements and Holm's precision over words. He even has Fassbender's charm.

What would be interesting to see is Cheadle playing the captain of a vessel that has come into contact with the xenomorph or Engineer races. And that captain's impartial viewpoint on the situation, as a secret android, makes him a danger to the humans with him. Just like David, he understands the Engineers better than humans can.