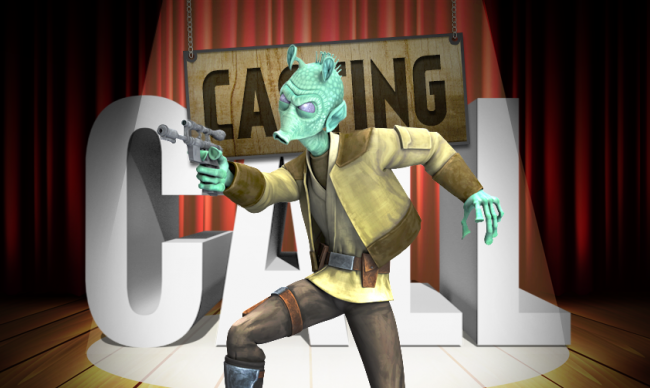 It's almost here! And not only have Disney and J.J. Abrams ensured at least three new movies, or even those three with one-shot stories in between. We are reportedly going to get one Star Wars movie every year from now until the end of time (as long as they keep making money, which of course they will). So as long as the movies keep coming, we will need a steady stream of actors who fit the universe and the material.

It's difficult to pinpoint a career that leads to a galaxy far, far away. Typically the performer is at home in bombastic action sequences, sounds natural either speaking in nonsense technology or vague mysticism, or has a rakish anti-hero in them somewhere deep down. But some serious bonus points should go to any actor who can also adopt the mannerisms or physicality of an alien species while doing it.

So, as a last-chance supplemental of my previous picks for the series, who should be in Star Wars as some funky aliens, specifically?

Yes, I know that because it's in a galaxy far away from here all of the characters are technically aliens from the perspective of Earth. I'm talking rubber suits, fake teeth, motion-capture, full-on aliens!

If there's an actor on this planet who would spend hours in a makeup chair just to play a third-tier character inhabiting this universe, it's Perlman. It would be easy enough to combine the aesthetics of his Hellboy or "Beauty and the Beast" appearances with the character type he played in Blade II or Pacific Rim. For once, Star Wars would have a side character whose main purpose is to lead the hero to the next clue in his journey, but instead of "Watto the racist Gonzo" or Dexter Jettster the '50s diner proprietor, we'd have some of that scum and villainy people always talk about.

I picture Perlman as a Devaronian (the devil-looking guy from the cantina), mostly because of his previous work with red skin and horns, although he'd also make a great Falleen character. Heck, he could play the prototypical Falleen, Prince Xizor! A Shadows of the Empire film with Ron Perlman as the green, reptilian crime lord villain! Directed by Guillermo del Toro!

Sorry, I got carried away for a second.