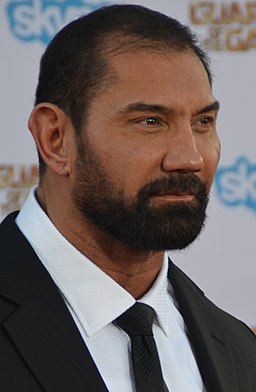 Yes, pedants, I mean Frankenstein's monster...who chooses the name Adam in the end and calls Victor "father," thus making him Adam FRANKENSTEIN. See, I can be pedantic too.

Now that that's out of the way, the monster should be the universe's somewhat innocent and naive little brother character, which would mesh well with his power and unpredictability. And that characterization screams out for Bautista. As Drax the Destroyer in Guardians of the Galaxy, his literal-minded interpretation of everything and glee for fighting and blood bears a resemblance to Karloff