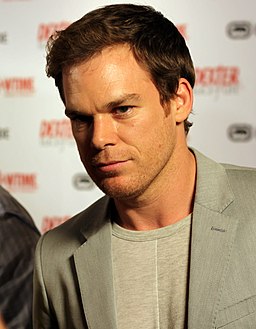 When I think of a mad scientist who stumbles upon the formula for invisibility and almost immediately becomes a slobbering nutcase with delusions of world domination, I have to think of an actor who can combine a real-world gravity with a cheeseball lunacy to make one tasty thespian gumbo. And that is definitely Michael C. Hall of "Dexter" and "Six Feet Under" fame. In both, he played men born in the wrong skin who were outwardly straight-laced and muted in their approach to life. But below, both characters harbored the desire to be themselves. One was a closeted gay man and the other was a self-aware serial killer, so the parallels kind of fall apart... but he'd do great as an ethical man of science who secretly harbors disdain for everyone around him.

Not to mention, Hall's voice is all kinds of warm, husky creepiness. And his voice would be on center stage if he's invisible most of the time. If you don't think he has the energy to be a cackling weirdo, I point you toward the lackluster film Gamer, where his villain character is dancing and screeching and losing his composure. It's a sight to behold... if you pardon the pun.