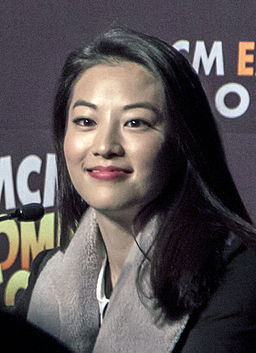 The online outrage at the very whisper of race-bending or whitewashing the role came with a small yet fervent addendum: why recast at all, when the original Mulan would be perfect in live action as well? Since voicing the character in 1998, Wen has cultivated a really impressive resume as a voice actor and on-camera. Her professional relationship with Disney continued as she just voiced Mulan for the Infinity series of games/overpriced statuettes and a recurring character on "Phineas and Ferb." She's also had prominent roles on a number of sitcoms, she was Finn's mom on "Adventure Time," and most notably she's been one of the lead characters on "Marvel's Agents of SHIELD" since the pilot.

There's comedy. There's action. There's the fact she's been playing Mulan already for almost twenty years. And there's a big fan demand for her to continue. While it stands that she is probably too old for the role in live action, no one can deny her talent as a performer and an action star. There are definitely more ridiculous ideas out there... I told you about the Scarlett Johansson thing, right?