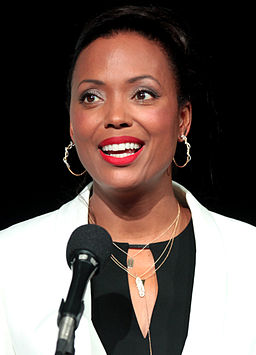 Sorry. Reflex. Yes, as Sterling Archer's long-suffering partner Lana Kane, Tyler has exuded more feeling from a 2D animated character than should be possible. Mostly annoyance, shock, and rage, but plenty more depending on the episode. That's to say nothing of her years as a go-to voice actor in countless video games, Netflix series "Bojack Horseman," or her live-action chops.

And while the Toy Story series has frequently used critically-acclaimed older males as the seemingly-benevolent secret villain toy (Kelsey Grammar and Ned Beatty, specifically), it would be a fun fit for Tyler. While her voice can drip with matronly affection, it can also blast you out of your seat with concentrated hate. Perhaps she would be the outwardly helpful and complimentary Combat Carly, a toy manufacturer's lazy distaff counterpart to Carl (ala Supergirl) who is in fact much smarter than him. Perhaps she is motivated by her unrequited affection for Bonnie and schemes to replace all the "boy" toys without really understanding them.