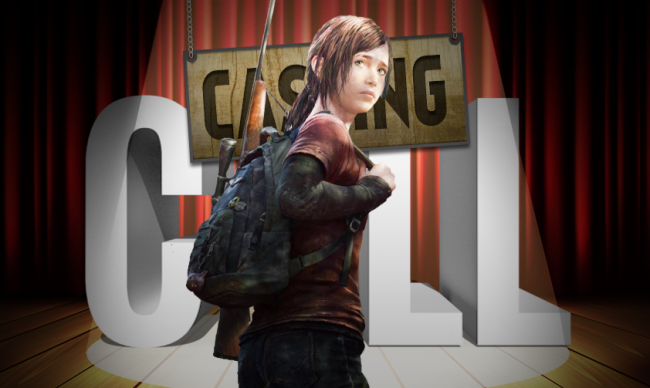 Whenever I talk about The Last of Us with someone, the conversation inevitably returns to what makes the game special: the desperation. Ammo is low, enemies actually defend their position effectively, and when you are hurt it impairs your fighting ability to a great extent. That desperation gives a player immediate stakes, and a greater desire to defend their NPC partner. As a result, Joel and Ellie were characters we cared about, and their relationship actually seemed to evolve as they survived together.

If the game is to become a movie, as has been announced, this central relationship will be a linchpin that the action, horror, and drama is built upon. Not just for fans, but for outsiders as well. Because Sam Raimi has talked about his involvement with this still-hypothetical film, plenty of names have been thrown around for who should portray the surrogate father/daughter combo and some of the choices haven't been too inspired.

Perhaps this should be the venue for a fan-casting faux pas that permeates the fabric of the Internet: face casting. We are all willing to admit that Ellen Page looks a lot like Ellie (or, you know... vice versa), but she isn't right for the part. For starters, she's almost 30 years old. And while Andrew Lincoln of "The Walking Dead" has the prerequisite haggard eyes and beard to play Joel, it's pretty unlikely that his AMC contract would even allow him to play such a specific character. Also, his American accent is atrocious sometimes. So while I think there are fantastic actors out there who look like characters, the performance and fit for the character comes first.

He's likely the frontrunner for the part, and there's good reason. The versatility he shows in True Grit, Milk, and W. betrays the classic action hero looks and blue collar, tough guy squint that we also saw in Gangster Squad, Oldboy, and No Country for Old Men. The chief strength of Brolin is that he's an actor who can appear at once intimidating and vulnerable.

That's the complicated man Joel should be. While he's physically capable of fighting and survival, his pain over the loss of his daughter and his dwindling empathy for other survivors are so palpable to us and to him that it takes Ellie to motivate him. Much like his other work, Brolin's take on Joel would allow us to see his every failure and his every triumph in the subtlety of his lined face.