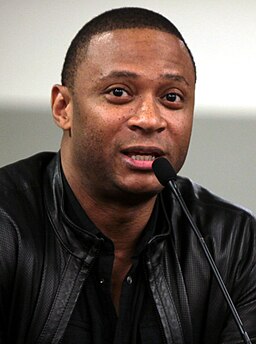 A veteran character actor with a resume a mile long, Ramsay has more recently settled into his regular character on the CW's "Arrow," John Diggle. As "Dig," the former Army Ranger who was hired to protect rich playboy Oliver Queen and gets swept into a conspiracy to protect the city, Ramsay has moved past the stone-faced henchmen and respectable/forgettable politicians that pepper his earlier roles. Diggle is also a man with an ever-shifting support system, and Ramsay is at his best on the show when his character's perspective on family, trust, and the value of his work are tested.

This is a great facet of Max Payne that is frequently forgotten: his work. As a DEA agent, NYPD detective, and eventually private security goon in Brazil, Max has been idealistic and determined in his past but has ultimately boiled himself down to "a particular set of skills" to borrow from another action hero. Ramsay's Payne would be the requisite gruff and irreverent soldier that he's played for four years already. But Ramsay would also give the appropriate resigned nihilism, the bunched fists of a man who has pulled a thousand triggers and will kill his way to the truth because he isn't savvy enough to play games. His Max would no doubt be the scariest and most morally ambiguous, a real 1970s vigilante cop in the vein of Dirty Harry or Death Wish.