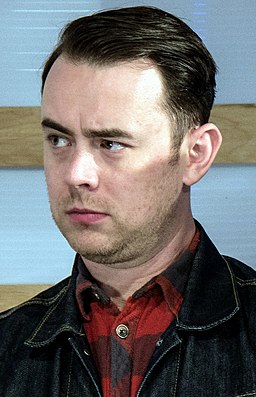 While Ramsay might be the coiled muscle that Max Payne embodies, Hanks might be the raw nerve. Star of buddy-cop show "The Good Guys" and son of legendary Tom Hanks, Colin has more recently made a name for himself in tense drama with his guest spots on full seasons of "Dexter" as a deranged bible-themed serial killer and on FX's wonderful "Fargo" as a guilt-ridden Duluth police officer.

The macro explanation for Max Payne's alcoholism, his pill addiction, his disregard for human life, and even his existential and detached perspective on his own journey come from his survivor's guilt and unresolved anguish at the death of his young family. Hanks would knock the story out of the park in showing us the promising young detective living the dream in a little house in New Jersey, and then scare the crap out of us as the deteriorating basket case left over when his wife and infant daughter are slaughtered. In showing us the very real man Max is at the beginning, we would feel the gravity of his later deeds as the remorseless undercover agent-turned-invincible badass. And when he comes out on top we would know precisely what he was fighting for.