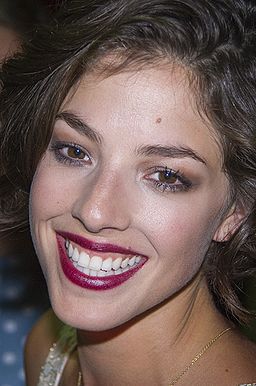 Once thought of as Juno's sidekick character, Thirlby dove directly into sci-fi action as Judge applicant Anderson in 2012's Dredd. As the rookie character paired with Karl Urban's faceless supercop, Thirlby availed herself in keeping up with the action and portraying Anderson as vulnerable but by no means helpless.

If a Metroid film series were developed chronologically, the basic plot of Metroid: Other M would be a great place to start. Thirlby's younger, less jaded Samus could have a complicated relationship with mentor Adam Malkovich that mirrors Anderson's uneasy alliance with Judge Dredd. Not only that, she's probably the actress you could lock down for a three or four movie deal, which is kind of a requirement these days.