Comic book writers are some of the most polarizing artists. Some of them are easy to love, others' work are of an acquired taste, and then there are the universally hated. But there's also a strange category of artist that crops up in comics and graphic novels higher up the food chain: the "love their work, hate them as a public figure." Alan Moore falls squarely into that category for me. While Watchmen, his "Swamp Thing" revival, and "The Killing Joke" are all fantastic in my eyes, the man's reclusive warlock schtick bugs me.

I do agree with the bearded one that the adaptations of his work are muddled most of the time, however. None more so than The League of Extraordinary Gentlemen, or "LXG" as the marketing was so desperate to make something kewl and hardcore and Matrix-y out of...a handful of Edwardian literature characters solving a mystery together. Twentieth Century Fox still owns the rights to this property (dang it) and have been rumbling about making it a primetime television property in the vein of "Gotham."

That could work, particularly if the show is focused on the three-dimensional people with flaws and weaknesses and personal viewpoints that Moore crafted out of the iconic old characters. But who would step into the big, vacant boots of Sean Connery, and...all those other actors from 2003 who went on to do nothing? Who, I ask? 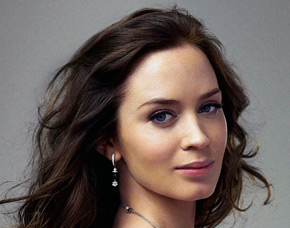 When she first broke onto the scene, Blunt was not likely to emerge as one of the more badass and reliable dramatic action stars I could think of. I mean, her first big role was in The Devil Wears Prada for pete's sake. But with the double-punch of Edge of Tomorrow and Sicario, she has established herself as not just an actress with a great physicality, but also an ability to communicate her role with minimal dialogue and suggest a changing perspective and point of view.

This is all necessary to play the team leader of the League, Mina Holloway (formerly Harker). Mina is fresh off her horrifying experience as the object of Dracula's obsession, and her life is in tatters. She is a divorced suffragette with understandable trauma, and she's just been recruited by British intelligence to assemble a team to thwart the era's version of terrorism: Professor Moriarty and Fu Manchu. Blunt would have no problem playing the damaged-but-tough leader of a team of enigmatic characters and standing toe-to-toe with them. 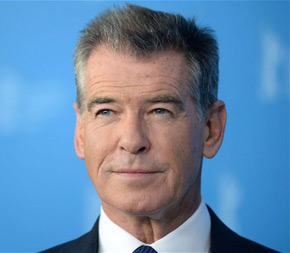 Yes, I'd like to trade one former Bond for another (which is funny, because Bond himself eventually became a character within the Moore comics). While Sean Connery's Quatermain was decidedly elderly and made the de facto dull leader of the team - some would call him a definite "Leonardo" - there is some merit to the idea of taking a Bond actor and using his faded reputation to the benefit of the character whose best days are behind him. Quatermain is an over-the-hill game hunter who spends the majority of his time in Africa. While his feelings about his native Britain and imperialism are complicated, his qualities as an operative are decidedly simple: he's a crack shot, and not much else.

Brosnan has spent his post-Bond years playing this very type; in comedy capers like The Matador and After the Sunset, along with more serious fare like Survivor and The November Man, he is typically a retired agent or assassin or master thief who is thrust back into the high stakes world he escaped. Even in his earlier outings as Bond, Brosnan has always carried the weight of his character's past heavier than others. Quatermain is the same. He takes no pleasure in his work, and his personal position on matters has cost him dearly. But the job is what he has. 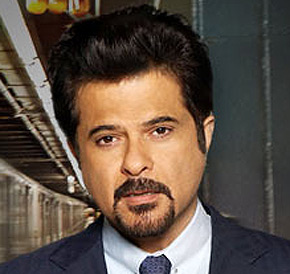 Many will not recognize Kapoor unless they have an interest in Bollywood, but he is more recognizable to western audiences from Mission Impossible: Ghost Protocol and Slumdog Millionaire as the slimy game show host. Over the course of his career, he has taken comedic and serious roles as Tapori (street thugs, like Mumbai "gangstas"), and later as enigmatic crime bosses and grizzled cop types. And just like any good Bollywood artist, he has a wide range from goofy musical stuff to the extremely melodramatic introspection.

This would serve him well as Captain Nemo, the mysterious seafarer of the Nautilus from 20,000 Leagues Under the Sea who is also Dakkar, the son of an Indian Raja. Nemo is always characterized as stern, but mostly guilt-ridden over any loss of life (including his enemies). Eventually, within the comics, he becomes the moral compass of the team while providing them with their primary means of transportation. Kapoor could play the Captain as a perpetually haunted man finding purpose in his new missions. 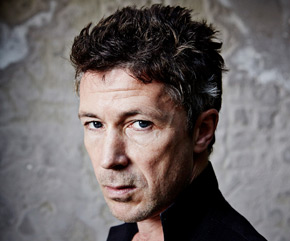 Known for playing savvy political players on HBO shows "The Wire" and "Game of Thrones," Gillen has made a memorable face out of his smaller roles as nebbish, two-faced, or generally unscrupulous men. In particular, his smirky demur is quite effective in conveying a man who is outwardly friendly but seething and calculating behind his smile. It's very fitting that his Petyr "Littlefinger" Baelish on "Thrones" is still a complete cipher after five seasons.

Gillen would be able to put his unpredictable barbed affability to work as the dual role of Dr. Jekyll and his murderous, rampaging alter ego Mr. Hyde. While Jekyll is an archetype of a meek wet blanket, he has a natural cunning that translates to the hulking monster Hyde after transformation. Eventually, he is able to seek out and brutalize a traitor within the team and eventually saves the world out of simple respect and admiration for Mina. Gillen may need the aid of motion capture to become Hyde, but it would be worth it to see him carry the continuity of the character through his performance. 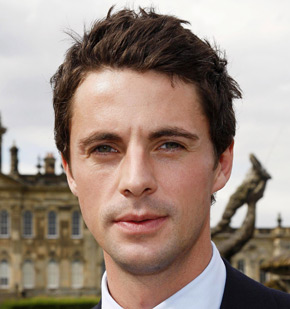 Goode is by all accounts a lovely guy, but for some reason I really react to his ability to play total creeps. In the really underrated The Lookout, he plays a hooligan bank robber who exploits a disabled old classmate...and not so much for financial gain as for sadistic glee. In another Alan Moore adaptation, Watchmen, his portrayal of Ozymandias (for good or for ill) is almost alien in his condescension and disgust for inferiors, somewhat like a proto-Mads Mikkelsen. He's slimy as these characters.

What better performance can we ask for regarding Griffin, the biggest creep ever conceived by Robert Louis Stevenson? In the first volume of the comics, we are introduced to the Invisible Man as the "holy spirit" haunting a girls school...who is responsible for three different "immaculate" conceptions. Yeah. He's a psychopath, a narcissist, and it's not really clear if his invisibility caused that or merely revealed it. Goode would be as unnerving as Claude Rains before him, and we would be able to hear a sneer in his voice even without seeing it on his gaunt face.