Spider-Man is back, and sporting some new threads in a Marvel Studios film. But once the dust settles over the Civil War, Sony is going to have full rights again. You better believe they are already hard at work on the second reboot of their most valuable property. Now, we have our new Spider-Man cast, and hopefully the young man does well. We've even got an Aunt May, some writers, and a director. But since the Not-Quite-Amazing installations skipped over the Daily Bugle aspects of the character, the anticipation has grown.

Who shall play the cocksure, cigar-chomping figurehead who functions as Parker's boss and Spider-Man's biggest hate-fan? Truth be told, it'll be hard to top the version we got all those years ago. But there are certainly men who fit the bill. 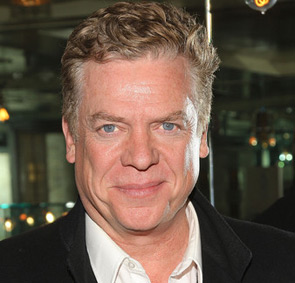 A large percentage of us know him by the name Shooter McGavin from Happy Gilmore, but more than anything I just know him as the shouty, blustery, pompous ass from too many 1990s films. He never fails to leave an impression. Be it as the quintessential snooty villain to an SNL alum or as the intrepid (and doomed) officer aboard the USS Enterprise C, MacDonald is an imposing figure. He also never got his due in his last comic book role as the voice of Harvey Dent on "Beware the Batman." What's more, he also has terrific comedic timing and doesn't mind looking like a fool in the service of a role.

That last bit is important, because Jameson is not merely a barking mad boss-man. He's also a buffoon. He's always wrong. He's vain to a cartoonish degree. And his completely unfounded hatred of Spider-Man borders on the surreal. MacDonald could shout at Tom Holland's Peter Parker, tower over him from behind a giant mahogany desk, and sweat through his anachronistic attire. No problem. But he'd also look hilarious cowering in the face of a minor villain or panicking over looking stupid when one of his "traps" for the webslinger backfires. He's the perfect fit, assuming this new take has an ounce of levity. 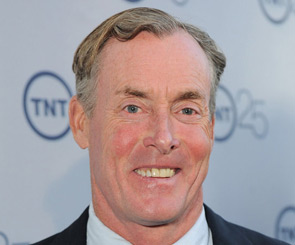 The once-and-always Dr. Perry Cox from "Scrubs" has had a varied career filled with roles as the red-faced police superior screaming for the hero's badge or as a wide-eyed psychopath hunting humans in a forest. He plays characters with a level of craziness that cannot be matched. But each character also seems to have a gentle stroke of pitiful nonsense in them. In such a small role in 1999's Office Space, his "consultant Bob" character whips between congenial smiling and chitchat to threatening and profanity and back without warning. The result is altogether terrifying and hilarious.

Remember the one redeeming quality of Spider-Man 3's big finale? It was J. Jonah Jameson bartering for a little pink camera from a small child. I find it hard to imagine anything funnier than Dr. Cox himself trading barbs with a little girl and then begrudgingly letting her win in order to profit from the pictures. It just smells like his kind of role, riding the line between total jerk and oddly affable. 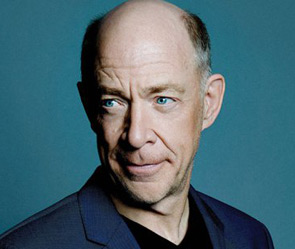 There's no rule that says he can't come back. And if the Air Bud movies have taught me anything, it's that a lack of rules against something is an open invitation for that thing to occur. Simmons would undoubtedly be a lot more expensive for the studio this time around, what with that little golden statue he won as the insufferable psycho music teacher in Whiplash. But who would be better? A different take might be valuable, especially when paired with a different director, script, and aesthetic. But will it be better?

Simmons took the thankless job of playing a sentient obstacle for Peter Parker and became the unsung hero of the Sam Raimi spider trilogy. His deadpan awfulness, his conniption-inducing proclamations, and his general bewilderment at everyone else's comparatively altruistic outlooks was a sight to behold. And much like playing Hunter S. Thompson in a movie, Jameson never truly leaves the performer completely.

Oh, yeah. I heard that he's going to play Jim Gordon over at Brand Echh. Sure. I'll bet he can't wait to be a part of that cinematic universe. 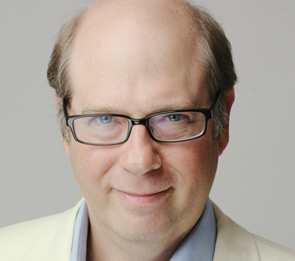 He's that one guy. Tobo, as he's affectionately called, has been in over a hundred films and TV shows. You might know him best as Ned Ryerson from Groundhog Day, or as Hugo Jarre from "Deadwood." He's a master thespian, with a background in classical theater to prop up his larger-than-life characters and his small, soulful, nuanced performances alike. He's also incredibly funny. While some always try to peg him as a nebbish sort, like a college professor or a sleazy accountant type, he really shines when playing an over-confident stuffed shirt.

Witness him on "Justified" as a seemingly gung-ho FBI agent whose confidence in his case against a US Marshal and his own ties to the Detroit mob extend from hubris to outright lunatic grandstanding. As Jameson, Tobolowsky would play a man so bereft of actual journalistic aspiration that his greatest achievement would be the public lynching of a teenager. It would be so fun to watch him be humiliated. That sounds wrong and mean, but I'm sure he has heard it before. 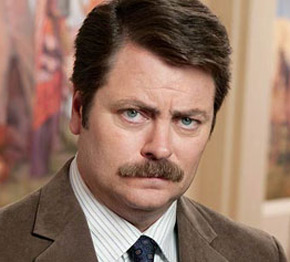 I don't know why, but this is perfect. Maybe it's the mustache. Offerman has played so many cops, handymen, and cowboys that you might say his CV consists of blue collar America incarnate. But his very distinguished victory is tying with Chris Pratt as the biggest breakout character from NBC's "Parks and Recreation" as the unflappable Ron Swanson, purveyor of woodworking, meat, and masculine poise.

While Offerman has not made a reputation as a hollering clown, his version of J.J.J. might be exactly what a new reboot of Spider-Man would need. Picture Tom Holland's Parker, a good looking kid who is ostensibly a genius and suddenly becomes amazing and unique...then picture Nick Offerman and his mustache glaring daggers at the kid and stating in a measured tone that the only person more worthless than Spidey is the dope taking pictures of the hero. He would be absolutely ridiculous, but at the same time you can buy a man like him having so much power over everyone.