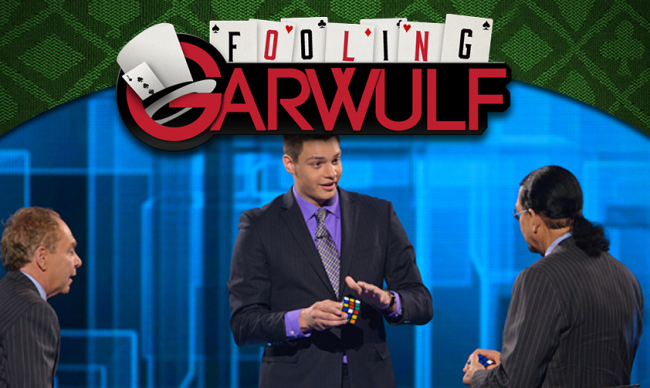 Editor's note: come for the episode recap; stay for the wonderful insight into the world of magic.

From the last season alone, Fool Us is a show that creates high expectations, with great talent given the space to show Penn and Teller, as well as the world, what they can do. Happily, last night's season premiere did not disappoint. In fact, I could not wish for a better selection of performances to demonstrate the various attributes that make for great magic.

Jon Armstrong: Let's call his routine "delight." His little magical plunger was a masterpiece of whimsy, and beautifully deceptive. It may not have fooled Teller, but it certainly fooled me. Most important of all, it felt so marvelous that the fact that it fooled me did not matter - by the time the trick was halfway done, I had stopped caring about the method and just wanted to see more of the little plunger. I feel like my life is a bit richer for having seen it, and that's something the best magic will do.

Xavier: If Armstrong was "delight," Xavier's routine would be "wonder." Xavier's illusion with the magic mirror wasn't really all that deceptive - but it was beautifully choreographed, pulled us into Xavier's world, and created a real sense of magic, which is the important thing. One of the themes that Fooling Garwulf is going to keep coming back to is that deception is part of the magician's toolbox, but not the desired end result. This is a case where the fact that the key points in the method can be discerned is irrelevant - I think Xavier's inspiration, Georges Méliès, would be proud.

(Georges Méliès, 1861-1938, was a magician and a pioneer of film. He's most famous for his movie A Trip to the Moon, but before he transitioned into making what we would consider proper motion pictures, he was one of the many magicians - and probably one of the best - using film to create illusions via camera effects.)

Greg Dow: Here we have "showmanship." Dow's performance is a perfect example of what I said about patter in our previous installment. His trick is a fairly basic mentalism trick (the most I'll say about the method is that it requires multiple predictions to work, and there is some flash regarding the envelopes). But he presents it with so much personality and character that it is a joy to watch, and entertaining and funny throughout. This showmanship may have actually backfired a bit - by forcing the 3 of clubs at the end (Penn and Teller's favourite card to force), any suspicions they had about the method were probably confirmed. Or, in short, the tip of the hat to Penn and Teller tipped off the trick.

Steven Brundage: In a word, "escalation." Just about every book on performance talks about how any given routine should escalate in intensity, from the least spectacular tricks to the most spectacular. Brundage managed to do this to perfection with Rubik's Cubes, moving from the unlikely to the impossible to the absolutely jaw-dropping, and remaining baffling throughout - I think I may have figured out how the part with the paper bag was done, but for everything else I don't have the beginning of a clue. Brundage was the only magician this episode who fooled Penn & Teller, and he earned it in spades. His routine was amazing.

(Disclosure: Steven Brundage and I are both participants on the Magic sub-reddit.)

Finally, Penn and Teller: Surprise and the unexpected. One of the things that a great trick will do is go somewhere unexpected, but still within context. You know that the phone will reappear somewhere at the end of the trick, but there's no way to see the fish coming. And, the audience has an expectation that they're in on the trick with the phone going into the bucket - an expectation that is turned on its head the moment it rings somewhere else. It all makes the illusion unpredictable, and that makes it better and more suspenseful.