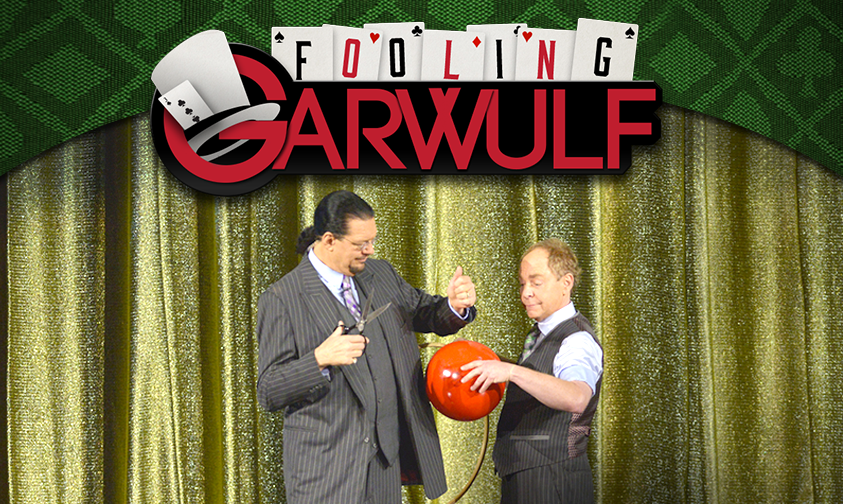 Last night's episode of Penn & Teller: Fool Us was another strong one, with enchantment, delight, and mystery - as any good magic show should be. So, without further ado, onto the performances.

Leon & Romy: As Penn said during his comments, one of the challenges a lot of magicians face is to make card tricks interesting. It's hard to dislike Leon and Romy's approach. They use a redemption plot - they initially appear to fail to perform the trick, and then reveal that they've done something even harder - and using the skateboard for a revelation is a great way to use a prop in an unexpected fashion. It wasn't a spectacular trick, but it was a good one, and it fooled Penn and Teller fair and square.

Mike Hammer: So far this season, we've had two very good examples of magicians creating personas for their performances, and using them to spice up a trick. Unfortunately, while last week's Greg Dow was a great example of doing this well (his alter-ego, "the Shocker," is outrageous and tasteless, but also larger-than-life and therefore very entertaining), Mike Hammer did it poorly. His persona of the seedy bar magician rang true, as any stage persona must, but by appealing to sleaze rather than the outrageous, he made his trick underwhelming instead of elevating it. The Shocker is a sort of character we almost never encounter in real life, which leaves us wanting to see what he'll do next, regardless of if it is delightful or offensive - Mike Hammer's persona is a character we encounter all too often in real life, and leaves us wanting to nod politely until he goes away. It might work well for performing in bars and clubs, but it's just not the right persona for a show like Fool Us. I'm sorry to say it, but Hammer's presentation just didn't "pop," and he didn't fool them... nor do I think his performance deserved to. Good magic should create and exceed high expectations, not create and live down to low ones.

(That said, a dishonest, seedy persona can work wonderfully when done properly. Harry Anderson, best known for playing Judge Harry Stone in Night Court, sometimes performs magic under the persona of a sleazy 1940s confidence artist named Harry the Hat. It's a funny, seductive performance, alluring in part because you're never quite sure which side of the con you're on, and you can't wait to find out.)

Shin Lim: THIS is what magic can be! Lim turned in the best performance of the night. In Darwin Ortiz's book Strong Magic, he discussed how the best presentation of any magic trick will look as it would if real magic was being performed. Lim didn't show us a trick - he allowed us to watch him perform sorcery before our eyes. His use of smoke was indeed beautiful, and his presentation was sublime. "Patter" is frequently used to describe a verbal presentation, but it's worth noting just how much can be done with body language alone. This was magic elevated to music and dance, and it was enchanting. If I have any criticism, it is that his performance should not have been subtitled, but that is no fault of the performer. He fooled Penn and Teller, and it would have been an injustice if he hadn't.