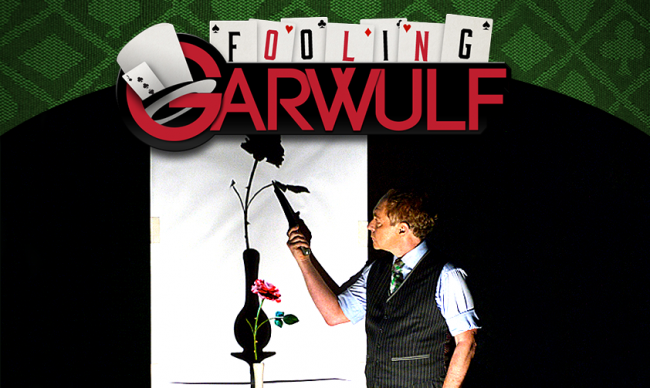 Last night we moved into the last three weeks of this season of Penn & Teller: Fool Us, and what an episode it was. All of the acts were strong, and Penn and Teller performed a very famous trick for the first time on television. Unfortunately, it was once again pre-empted on some of the East Coast CW channels, this time by a football game, so here is the link for those who missed it.

And, without further ado, onto the performers:

Scott Alexander & Puck: There was a lot to like in this performance. Alexander and Puck have a great chemistry together, and they performed a lovely routine with a climax evocative of Houdini's walking through a brick wall. In this case, the routine was structured around escaping from Alcatraz by passing through solid metal bars, starting with a bowling ball produced out of nesting suitcases and ending with a handcuffed Puck. In other hands, it is a routine that might have gone the route of dark and dangerous, but Alexander and Puck kept it light and funny, and it was all the stronger for it. It didn't fool Penn and Teller, but it was a great routine all the same.

Eric Jones: It's not often that I use the word "masterful" to describe a performer, but I've got to do it here. This was a confident performance of astounding and baffling coin magic, and it was indeed masterful. By making the magic with the appearing and disappearing coins happen in the hands of his volunteers, Jones made the routine even more magical and astonishing... and elevated it to the best performance of the night. He even fooled Penn and Teller while he was at it.

Mark Calabrese: The best magicians are the ones whose performance makes knowing the method irrelevant to the enjoyment of the trick, but there are exceptions. I have a pretty good idea of what Calabrese was doing, and this is one case where knowing the method made me like it even more because of its cleverness. It was a great use of marking cards on the fly, and the escalation of finding the selected card among multiple decks, while tossing the rejects into a wood chipper, was gleefully fun. It didn't fool Penn and Teller, but speaking personally, I have a feeling that if it had been truly baffling, I wouldn't have enjoyed it as much.

Paul Vigil: There's something to be said about how much stage presence matters, and Vigil is an almost perfect example. From the moment he came onto the stage, he projected the mysterious and powerful presence of a man who can read and manipulate your thoughts... perfect for a mentalism act. The routine itself was a good example of how less can be more - it was a simple and direct prediction routine, and it needed nothing else to be a great trick. Penn and Teller weren't fooled, but it was a routine where that just didn't matter.

Penn and Teller: "Shadows" was a trick I had heard about a while ago and wanted to see for a very long time. It is haunting, a stark and beautiful act of violence. Teller is malicious, destroying a rose because he can, and then displaying the blood on his hands from the act. It's a meditation on evil and cruelty, all the more powerful for its silence. Given time, it could become remembered as one of the legendary tricks in magic, and that brings us to today's commentary.