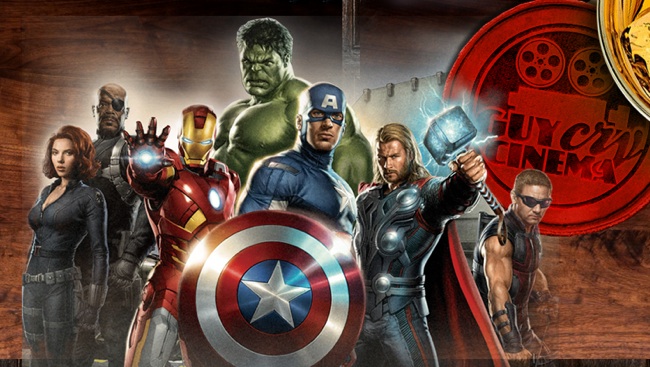 Dan rewrites The Avengers to make the best (or maybe worst) superhero tearjerker yet.

Superheroes. Alien invasions. Shawarma...All the makings of one mega pile of testosterone. And shawarma. Not since the original Raimi-directed Spider-Man had we as comic book fans and moviegoers witnessed such a perfect translation of all our favorite Marvel heroes. Don't you retroactively hate Spider-Man! I will find you. I know where you live. And not since the brief Ghostbuster cameo in Casper had we seen the successful compression of two or more leading characters share the silver screen. You can definitely bash that movie.

Building off of the cinematic continuity of two Iron Man films, one bad and one okay Hulk films, and a Thor fest, there was a certain amount of baggage that the audience brought with them when purchasing a ticket. Oh, and a Captain America movie! I forgot, because the second one was so much better, it erased my memory of the first one. (Kyle's Edit: Maybe it's Dan who should watch his step bashing on good superhero movies retroactively.)

If you saw all the lead-in movies, you were armed with the knowledge that a.) The Hulk is so strong he keeps burning through Bruce Banners, b.) Captain America is also the Human Torch but no one seems to talk about it, c.) Thor's brother Loki is always up to no good, and d.) Robert Downey, Jr. is the balls. Just...the balls. But seeing those previous movies didn't paint the entire picture: this movie was also directed by Joss "Tell me what you love so that I might kill it" Whedon. That's right, get used to that name because he's going to pop up quite often on this series. Joss Whedon at the helm means two things: The large group dynamics will be amazing, and someone is going to die.

Joss knew the audience would expect him to kill someone, so he started laying out the groundwork from the beginning with his eyes set on Iron Man. "Gahh, why does everything have to be about Iron Man?" you yell, spitting out your delicious shawarma (I'm hungry). "BECAUSE PEOPLE LOVE HIM!" is my all-caps reply, and the Cabin in the Woods director knew that. Follow me on this journey of emotions and deception, my faithful readers. 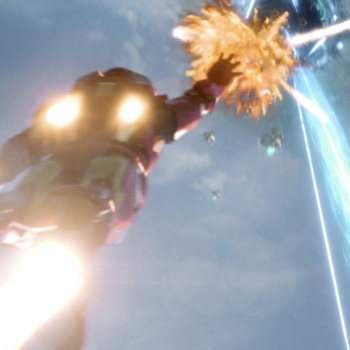 In the first Iron Man, Tony is brutally awoken to the fact that a few angry men with guns can push him around. Even with all his money, if no one is there to buy anything from, he's useless. So he builds a shell (you can put on your metaphor hats now) and pushes away all the bad guys. Like, that's literally the motion he makes with his hands, a push. (Kyle's Edit: Are the 'metaphor hats' themselves metaphorical, Dan?) Pepper "My legs are too long" Potts is never really his romantic lead, but rather his one healthy human relationship. So we end with Tony being an insecure overcompensation with one tether keeping him from losing his gold-titanium marbles.

Iron Man 2 comes around, and Kiss Kiss Bang Bang learns the one good thing he's done is slowly poisoning him. By the end of the movie he is teaming with War Machine and Black Widow and taking life-saving advice from his dead father, who drinks so much he turned into another actor for Captain America (Kyle's Edit: it was Roger Sterling from Mad Men, right? Can he have a show where we watch Howard Stark drink and sexually harass Peggy Carter?). So Tony now has learned that others can take up his good work, and that he was never really that good at it anyways.