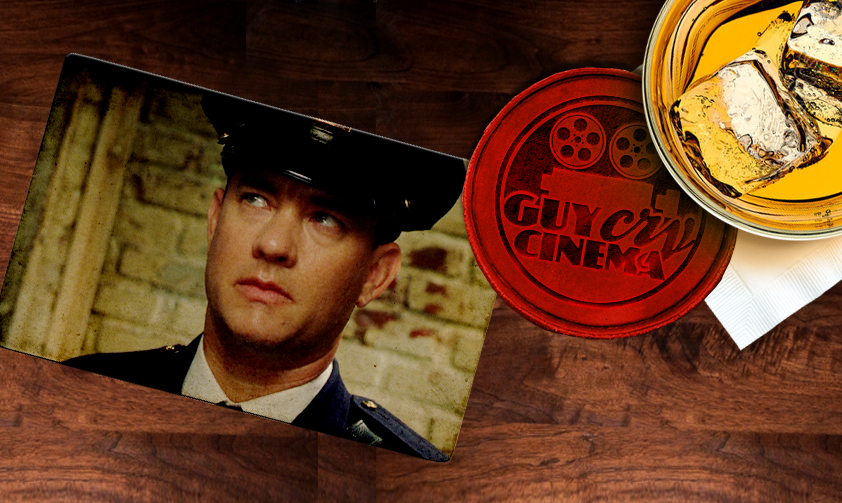 Tom Hanks has been in a lot of movies, many with emotional story lines or endings. Even guys can't help but get a little teary.

This is a man who can do buddy-cop movies with a dog, then win two Oscars, several Emmys, and a slew of other awards that people don't care about. He played Walt Disney recently, and I'm pretty sure the real Disney gave him a thumbs-up from his cryo-tube. Point is, the man's a class act, a manly man. His movies make us laugh, definitely cry, and always entertain. What's the worse Tom Hanks movie you can think of? The Da Vinci Code? Dragnet? STILL GOOD! Better get out your Hankies, cause Tom's gonna make you cry. (See what I did there?)

It's easy to forget that Tom Hanks was the main character in this film, with Michael Clarke Duncan booming about. This film does a great job of walking the line between villains and terrible events that you hate, but not so much that you can't stand repeat viewings *cough*TheMist*cough*. Tom plays a death row security guard that is forced to execute the pure and supernatural Michael Clarke Duncan.

Throughout the film we learn just how innocent Michael is, yet for all the goodness in Tom's heart, he has to ultimately follow other's orders and execute the man. The look in Tom's eyes as he basically murders a unicorn is heart-wrenching, and the fact that he was "punished" with extreme longevity to deal with his guilt is a twist of the knife. NO, M. NIGHT, not your kind of twist! A good twist. A King's twist.