For a moment there, King of Kong's Steve Wiebe and Billy Mitchell were the new faces of gamer caricature; and Fox's Bones capitalized on it in an infamously-silly episode that also (hilariously) included a B-story touting the release of their parent company's movie Avatar.

The newly-crowned champ of a classic arcade game, Punky Pong (no, really) has been bludgeoned and dropped into a grease truck, and the former record-holder is the prime suspect. In the end, the killer actually turns out to be the vengeful father of an autistic boy who should be the real champion - had the now-dead challenger not fraudulently submitted video of his son's playing as his own. Nobody comes off looking particularly good. 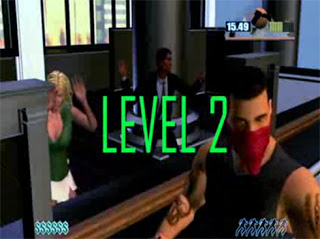 CSI: Miami was (proudly) the dumbest of the CSI franchises in their heyday, affecting the look and feel of a sleazy/cheezy 80s cop actioner with a 21st century gloss and loving every knife-fighting, gator-dodging, sexy-terrorist sniping, sunglass-flipping moment of it. But its contribution to the "evil gamer" genre was a whole other level of dopey.

This one ambitiously aims to cover both the "gamers as psychos" and "games are bad for you" angles at once: The CSI team is investigating a rash of murder/robberies and soon deduce that the perpetrators are acting out high-score scenarios from a GTA clone in real life. The game's obnoxious creator (Chris Allen) is so evasive and unhelpful they end up having to play through the game themselves in order to know which "level" is coming next (apparently Prima doesn't publish in this universe).

Meanwhile, a hardcore fan of the game dies of renal failure after a 70-hour play session, and it turns out Allen has been funneling guns and encouragement to the "real-life" players to promote his product. But the most-dangerous killer turns out to be Kim Mills, an initially innocent-seeming "gurl-gamer" who (sigh) only got into and good at the game because she wanted attention. 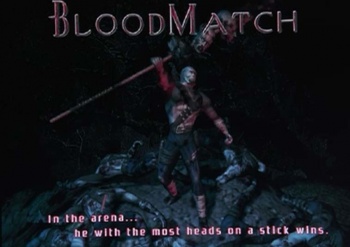 This Law & Order episode is from the series' deliberately-pulpy outlier "Criminal Intent," which followed perps as well as the cops and kept the crime-solving out of courtrooms and in the hands of Vincent D'Onofrio's blustery, disturbed pseudo-Sherlock Detective Bobby Goren.

In F.P.S. it's game developers who get their cheeseball bad-guy moment. One member of the dev team behind an arena-combat title called "Blood Match" is revealed to have murdered one of his partners after he "changed" (read: got a girlfriend, cleaned himself up, acquired a social life) after the game made them rich.