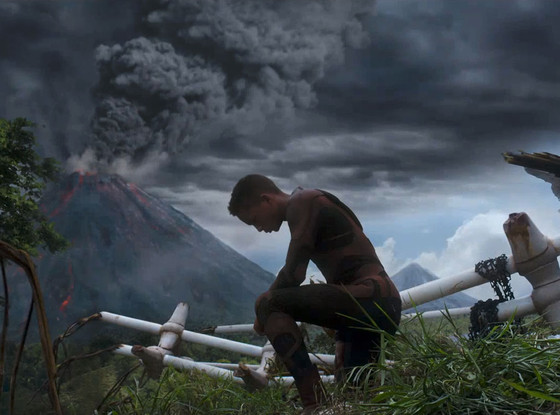 39. M. Night Shyamalan is an egomaniac who sabotages his own movies.

Yes, we know. Do we really need to rehash this every time the guy releases another terrible movie (apparently yes, because I already expect to end up doing it when After Earth comes out)?

38. Hollywood has run out of original ideas.

The audience, meanwhile, has run out of original complaints.

37. Comic book continuity is too dense.

Yup. And it has been since about the early 60s. Even Andy Rooney let his irritation-filled grudges go after awhile.

36. The actors in the new Star Trek reboot are too young and pretty.

The actors on the original Star Trek were largely "TV attractive" for their era - it just meant something different then.

They really do look too young, though. I've seen 18 year olds come back from basic training who look like they've lived more of life than supposed Starfleet Captain Chris Pine. There, y'see that? That's me being boring.

35. Movies/games/comics, etc. do not cause violence.

We know, and so does everyone else. Very few of the people pushing for censorship laws are claiming direct causality any more, and no one is helped by focusing the backlash on cartoon characters like Jack Thompson.

34. The computer virus in Independence Day made no sense.

This is not even the most unlikely thing that happens in that movie, let alone the alien invasion genre. I feel like this one is so persistent because it was the first "Hey, wait a minute" movie moment that people of a certain age figured out on their own and are protective of it (also, there's a deleted scene explaining that the virus worked because our computers had been reverse-engineered from the Area 51 spacecraft).

33. Mobile gaming isn't real gaming because it doesn't have buttons.

Y'know what? I'm on the "I like buttons" side, but mainly because the kinds of games I generally prefer require them. It's been many years since the Nintendo Wii and even longer since mobile gaming broke out, so whether or not "control schemes I'm not comfortable with" equals "not a real game" is at this point irrelevant next to how boring the argument itself is.

32. Starship Troopers was better than the book.

I agree. So do a lot of people. So many that saying so just isn't the instant act of sci-fi lit rebellion many still act like it is.

The definition of the talked-to-death topic. Until someone makes the good videogame movie, no one needs to hash this out again. Seriously, find something else to theorize about.

In 1994, "Pulp vs. Gump" was the symbolic slapfight of movie fandom - the Gen X indie firebrand versus the Baby Boomer revisionist nostalgia trip. I was, and remain, Team Pulp, but I've got to be honest ... if they held that year's Best Picture Oscar voting this year, they'd both get passed over for The Shawshank Redemption (which was nominated, but was still a mostly overlooked box office failure at the time).

29. The Adam West Batman made everyone stop taking comics seriously.

This one has been kicking around since the mid-80s boom in "mature" comics, wherein the Adam West series became a straw man for everything the medium was supposed to be moving beyond ... and it continues to be so, even though the medium has cycled through four or five aesthetically-separate "ages" since then.

At this point, the only fanboy chestnut as worn out as this one is the backlash against it.

I don't care for fast zombies, but the "real" ones people talk about usually means George Romero's zombies, which of course bear little to no resemblance to the actual cultural traditions from whence the term "zombie" originated.

I'd elaborate on that, but just pointing that out again has officially qualified me for this list.

27. The Transformers movies are bad because they changed the design/mythos.

Just going off about the Transformers movies being bad is, at this point, up there with talking about the respective hues of grass and sky in the "everybody knows, nobody cares anymore" department. But laying the blame on details beyond the basics (bad script, bad filmmaking, cynically produced with no affection for the material or its prospective audience) is at this point a poor use of your time.

"Speed-ramping" is the cinematography/editing trick whereby normal or fast-moving footage is suddenly slowed down to almost a still frame, briefly (usually stopping on a particularly cool/iconic shot), before returning to regular speed. If you didn't know that it had a name, I envy you - because it means you don't have to spend nearly as much time amid tiresome "____ is the death of good movies!" arguments where this one currently reigns supreme - as I do.

About twelve hours after the first airing of The Principal & The Pauper. Move on.