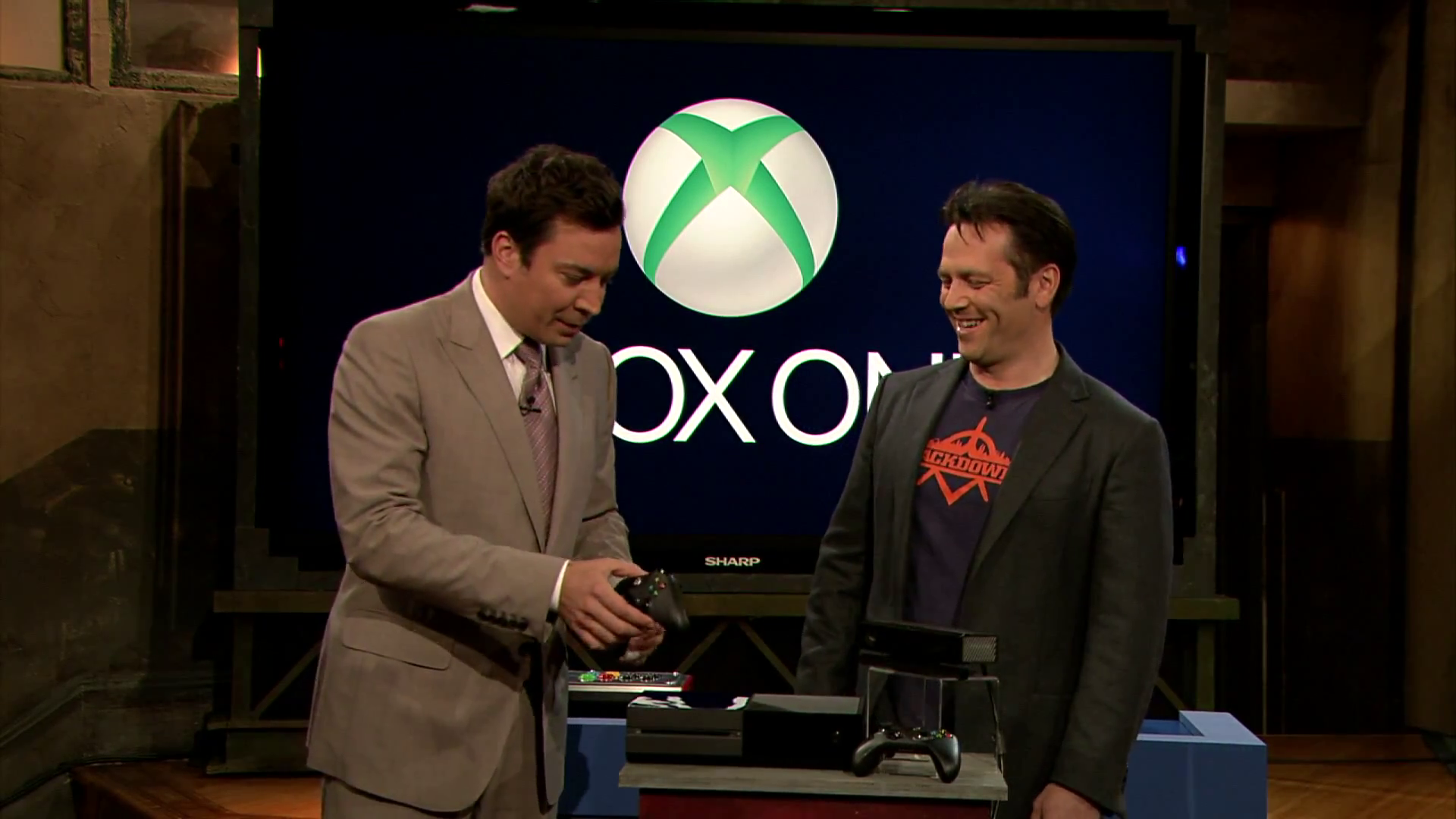 Enter Sony, who seized on the opportunity to turn what was already set up as a pretty impressive showing into a one-sided corporate beatdown. Sony's E3 press event devoted big chunks of the PS4's coming out party to emphasizing all of the similarities it wouldn't share with the Xbox One, culminating in a video clip mocking the used games restrictions and a hundred dollars lower pricepoint. It was a big deal, to be sure, an unheard of, impossible to predict moment where a game company "suit" taking a jokey shot at his counterpart across the hall becomes the viral icon of an E3 clip parade that also featured the return of Mirror's Edge, Killer Instinct and Mega Man shooting Kirby in the face with a Crash Bomb.

It wasn't so much that this kind of inter-company sniping from an industry that likes to present itself as otherwise so much more serious than their principle function as high-tech toymakers would imply was something "new" that created the deafening buzz, I believe, but rather the jolting sense that something familiar had returned. "Console Wars," wherein game makers promoted their competitors supposed failings as ardently as their own successes ("Genesis Does What Ninten-Don't!"), were the standard operating procedure of the business once upon a time, but things outside of the message board universe were supposed to have cooled and grown-up on that front. Apparently not.

To see it rear up again, even briefly, was enough to cause a genuine shockwave that spread well beyond E3's halls. It hit the mainstream media and even rated an already infamous reaction from Jimmy Fallon (who somehow morphed from pop-culture to fairly tolerable while I wasn't looking) and his audience during his "Video Games Week." So when, late Wednesday afternoon, Microsoft hurriedly announced that they were dropping all or most of the offending "features" from the system, it was expected that the jubilant reaction would in part include "thank you's" to Sony etc for supposedly forcing Microsoft's hand.

But that's not what happened, and it's important that we keep that clear.

This is, for a change, not a victory of one soulless corporate machine over another. This is a victory for the gamers - for the consumers. Let's be perfectly clear about this. The draconian anti-consumer measures that were up until about two days ago encoded into the very DNA of the Xbox One are all measures that would be incredibly beneficial to both console manufacturers and the mainstream, big budget AAA publishing model that sustains them. It's not for nothing that a certain Gears of War honcho been all over social media and the gaming press stumping for it. Sony may have (correctly) intuited that gamers were going to revolt against Microsoft for actually pulling the trigger on this horror show, but make no mistake; if they thought they could get away with it, they'd have done the same thing (so would Nintendo, assuming they could bring themselves to acknowledge that The Internet exists).

Sony isn't the hero here for not trying to screw you over as bad as Microsoft, they're just the guys who didn't quite have the stones to try screwing you over. The hero here ... is us.

We, the consumers, are our own heroes this time. You did this. Not Sony. Not Jimmy Fallon. You. You forced Sony's hand (rumor has it they hadn't fully committed to any policies until they saw how badly Microsoft was getting flayed for this) at E3, and then you forced Microsoft's hand. You stood up to one of the biggest and most powerful corporate entities that has ever existed in the gaming realm or anywhere else and said "NO. That's too far. I'm not going to stand for that. You don't get to do that and still have my support."

And Microsoft backed. Down. From. You.

This is bigger than the Xbox One, or at least it could be. This is, perhaps, the moment a line got drawn in the sand. The moment when gamers said to gaming "This is the point you don't get to go beyond." Or maybe not. Maybe it's a one off, and now that we've got this win we go back to letting them walk all over us on everything else.

But for now, it's a win. And it belongs to you. Not to Sony. Not to any of Microsoft's other competitors. To you. So claim it.

Be proud of it.