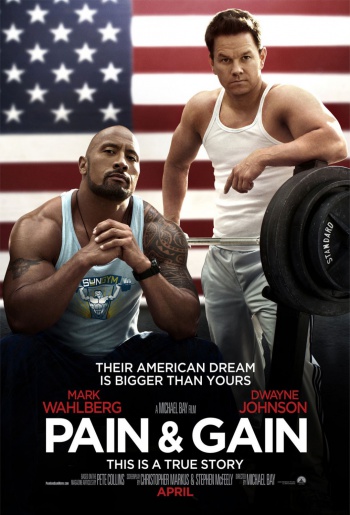 Audiences are NOT sick of Iron Man, The Avengers or Robert Downey Jr.

Of all the ways Marvel Studios' grand experiment to recreate in film the vaunted Shared Universe of comics could've gone wrong, the post-Avengers "Now What?" might've been the most precarious. Even if audiences did warm to the individual adventures of Captain America, Thor, Iron Man and The Incredible Hulk (which they did) and even if they then subsequently turned out in record numbers for the payoff of four separate series coming together as The Avengers (ditto) ...there was always one last danger: Once mainstream moviegoers had seen the Main Event, would they still care enough to follow the component heroes back to their own smaller-scale solo series?

If Iron Man 3 is any indication, it looks like they don't have to worry. Not only is it a terrific movie (the best of its own trilogy by far) in its own right, it was a major hit with audiences. Marvel/Disney had been downplaying expectations, but a hit is a hit. It's hard to say what kind of alchemy this studio is working with to keep having these things work out (Despite what many fans would like to believe, it's not simply a matter of "sticking to the comics"), but it looks like the Marvel Cinematic Universe will be with us for awhile yet.

Psychoanalyzing modern Hollywood's preeminent bad taste auteur has been a movie journo pastime since the moment he first brought his aggressively-stylized signature to screens. Right-wing military fetishist? Self-satirist playing a long con? Unaware savant? Puckish provocateur? But for too long the only material said analysis had to draw from was a trilogy of awful Transformers films that Bay was uniquely ill-suited to making in the first place and clearly has never been all that invested in. Love or hate what he does, Michael Bay is at his most interesting when he's following his heart - or whatever appendage is in charge.

Pain & Gain, was the first real Michael Bay movie in almost a decade, and it was worth the wait. Freed from both the strictures of Transformers' PG-13 rating and toy-salesman requirements and the misguided stabs at dramatic legitimacy that doomed Pearl Harbor and The Island; this small-scale, character-centric black comedy is probably the best thing he's ever made and feels as close to personal as he's yet been willing to get. In particular, it feels like he identifies with Tony Shaloub's uncouth robbery-victim - the guy whose drive and ambition have made him rich... but also make him so unlikable that his near-muderers almost get away with it because no one cares enough to want to help him.