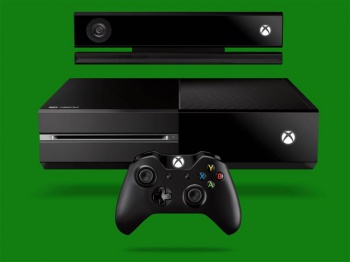 And frankly, The Multiplex Cartel will survive just fine. They already make the bulk of their profits from snacks, soda and 3D/Imax/whatever markups; and while I understand (and used to support!) the argument that day-and-date releasing would drive mid-range films and adult drama to the small screen while turning theaters into nothing but staging-grounds for one big-screen blockbuster/tentpole explosionfest after another... that's pretty-much already happened without day-and-date. While stuffy cinephiles like me will always prefer the theatrical experience for any movie... the fact is, we're the minority and have been for a long time: The majority of people will not see movies like Spike Jonze's HER until they're on DVD/Blu-ray/streaming. It's time to just admit that the world has changed and let people watch what they want when (and how) they want to.

2. An End To Region Locking

Region-locking, both the literal kind (games/DVDs from one corner of the world not working on the other) and the in-effect variety (movies come out months apart country-to-country "because reasons") are both arcane time-maximization relics that need to go. Again: While once they had the fig-leaf of practical international shipping issues to deal with, this is a digitized world where a great majority of entertainment "product" can be zapped around the planet in a relative flash. The only reason it still exists at all is to take advantage of regional shopping-cycles, i.e. wanting new video games to come out close to Western/European (or, alternately, Japanese) gifting holidays, or wanting blockbuster movies to come out during this or that region's school holidays.

This is something that needs to end, both because it's unwieldy in a global economy of digital distribution but also because it's one of the top (maybe the number one by-volume) driver of piracy, which means it's hurting companies and, more importantly, creators, but also passing the hurt onto consumers via draconian DRM policies. Millennial consumers, newly empowered as the target demographic, should be asking entertainment companies a simple question: Is the showy sales-bump you get from a seasonally-optimized release or the money you'll save long term by undercutting a huge chunk of the pirate market? Besides, it won't take long a unified worldwide release-schedule to produce new seasonal patterns that could be potentially even more lucrative.

Yes, the main market for consumption of movies/books/games/TV/etc in the near future is going to be digital distribution. You know it and I know it. But physical media will always have a certain and not-insignificant place - especially since I expect there are rude-awakenings coming when the next directional-shift in file-compression tech takes place and a big chunks of people's digital-only back catalogues are suddenly inaccessible due to some unforeseen translation error. Physical discs (or whatever the format will be) will never be kind again, but they'll have a place - after all, vinyl records were supposed to be a memory by now, too.

Ubiquity of "legacy entertainment" is already something of a presumed given to a generation of consumers for whom the internet has been a longstanding fact of life. It's expected that almost any movie, TV show, book or piece of music can been summoned into view with a few keystrokes - maybe a few more if it's obscure enough to require a trip to eBay to seek a physical copy. Let's cut to the chase: The fact that most (about 90-95%) Blu-ray players will run DVDs from 1997 with no problem but no "next gen" game console will play even its direct predecessor-system's games is asinine and not something you should be accepting without resistance.

Furthermore, preserving the readability of older digital filetypes should be a paramount concern of any "next-gen" digital entertainment system, device, or service; and companies that cut corners in that regard should be called out for it lest it become somehow "acceptable." No matter what an entertainment company tells you, the difference between current mp4s and whatever compression format comes next will NOT be the same difference as a VCR and a DVD player. Every damn bit of (non-proprietary) data that's on your device right now should still work on the next device after that. And the next. And the next.

Science and Tech: Should We Ban Killer Robots? David Rodgers 29 Comments
Comments on