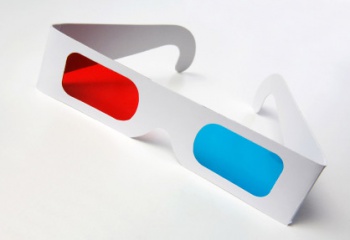 4. Greatly Improved Options For Translation And The Disabled

Oceans, national borders and time itself are increasingly (but by no means completely, see: China) no longer barriers to the worldwide spread of culture, knowledge and entertainment - but language and ability still are. Along with the aforementioned universality of release-dates and regional availability must also come a vastly more concerted effort at providing translations, subtitles and options for those impaired in vision, hearing, etc.

Space is only getting greater, technology only getting more precise, there is no longer an excuse to be half-assing any of this stuff. Art may be the universal language, but it can always do with more ease of access - why should a child in an "obscure" region of the world be denied a book, game or movie that might become their favorite simply because they don't speak (or read) one of what is often only two or three language options available, when the space required for another run of subtitles or even an alternate audio track is so (increasingly so!) minimal?

Here's a thought: 3D Glasses technology can be "tweaked" to make certain parts of a projected/displayed image visible or invisible to the wearer - could this be a way to provide captions for the deaf for all theatrical films or TV shows without "interfering" with any other experience? At least, it's worth asking for someone to try it.

5. A Plan To Rectify The Problems Of Conflict Minerals And Slave Labor

This is probably the most important item, and also the least "sexy" because it's about asking for entertainment companies to do right by others, rather than just by you the consumer. It's popular to say that Millennials are somehow uniquely ill-suited to such things, that the much-blathered-about "technological detachment" has left you more selfish or "entitled" than your elders.

So. straight to the point: It is true that it is impractical to ask the so-called "First World" to live without its digital and mobile technology. Even getting rid of the "frivolous" gadgets wouldn't do more than annoy some and make others feel self-righteous. However, the fact is that the materials currently needed to make and power our iPads, Steam Machines, etc are overwhelmingly too reliant on the mining of conflict minerals and the work of laborers toiling in cruel conditions. If you're looking for deeper explanations, read these two informative pieces from Critical Intel.

These practices will not go away overnight, and probably not within your lifetime. However, as the most "wired" generation to date, Millennials can make an unprecedented... er, "dent" in the situation. The demand for products that either avoid or offset inhumane, unethical (or ecologically unsound) methods of production can have an impact if sufficiently applied. Sooner or later, an enterprising entertainment/tech entity will recognize a market for "conflict-free electronics" in the vein of "fair trade" food products (and yes, they will be significantly more expensive at first and yes that means momentarily tolerating the shiny smugness of "limousine liberals" - deal with it) and this will be the beginning of a competitive "market solution" that could light a fire of real change.

Editor's Note: A previous version of this column did not link directly to Mr. Myerson's piece. We apologize and have corrected this oversight.