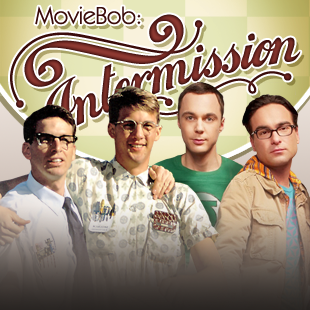 I'd like you to take a moment (preferably before reading the rest of this column, but it's not like I can control your reading habits) and read the piece that inspired it on Medium.com - a site which I hadn't heard of before but evidently could be thought of as "Twit-really-really-really-really-longer" - titled "On Gay Male Privilege." It's a long read, and the degree to which its content will be in some way revelatory to you will depend a lot on the immediacy of your familiarity (if any) with the slang and reference pool of the present-day gay male social scene, but since reading it is what put me in the mind to write this column I figure it might be helpful for context.

The main theme of the piece is the author entreating fellow gay men to be more aware and take steps to correct a vein of casual misogyny that (in his view) has become prevalent in parts of their subculture in-tandem with their growing acceptance into (some aspects of) mainstream culture. Though he cites multiple examples and levels of such, the most prominent "villainy" hovering over the thesis is the acceptability - indeed, the tongue-in-cheek celebration of gay men who say things in regard to women, their physical appearance, bodies, etc., that would be (rightly) condemned as callous if not outright sexual harassment were they said by straight men (see: Hilton, Perez) but are laughed-off because, as gay men, they are presumed to be both "harmless" (re: Isaac Mizrahi groping Scarlett Johansson) by virtue of supposed lack of sexual-interest and afforded a certain leeway because they, too, are marginalized by broader patriarchy. The author contends that while these allowances were never appropriate, the second one is significantly less so now that gay men (at least, a certain idealized variety of "straight-acting," fashion-forward, culturally-urbane gay man) have attained a level of cultural power (and, thus, privilege) of their own.1

There's a lot more in there, some of it pretty raw and all of it fairly fascinating, but about midway through a thought wormed into my brain and refused to leave: Swap out the word "gay" with "geek", and change up certain pop-cultural reference points (Big Bang Theory for Will & Grace, comic book stores or tech-sector jobs for gay bars, etc) the conversation this author wants to have with his community is largely the same one I (and many others) have been trying to have with mine.

Well... sort of. See, if I were to start a conversation about "Geek Privilege" the first thing I'd probably want to address is my own growing discomfort with unironically claiming the privilege of using words like "culture" or "community" to draw some kind of parallel between the nerd/fandom pop-ephemera and actual marginalized groups; a "joking-but-not-really" meme that goes all the way back to Revenge of the Nerds, where The Nerds succeed in becoming an official College Fraternity as a member house in the historically black Lambda Lambda Lambda order after the organization's head comes to see their on-campus "oppression" as being analogous to his and other former members experiences with racism. (This is, astonishingly, not the most offensive thing that happens in that movie.)

1. It should be noted that the "Gay Male Privilege" piece is not without its own critics, including but by no means limited to those who object to the author's call to replace "gay" with "queer" as the identifier of choice. On that particular point I don't feel qualified to offer an opinion, identifying as neither gay nor queer myself, apart from the feeling that people should be called what they wish to be called and not called what they find personally offensive.↩