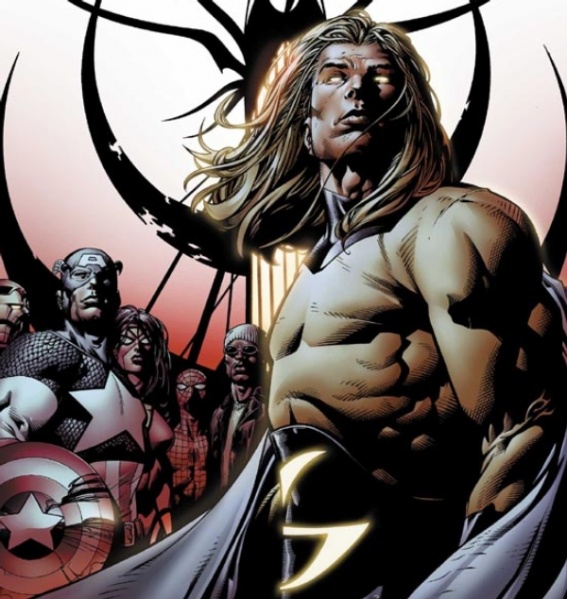 Speaking of one-joke characters: Why doesn't Marvel have a Superman analog? Because Marvel heroes have "issues" equivalent to their powers, so a "Marvel Superman" would be a complete psychological wreck. Hence Robert Reynolds - "Golden Guardian of Good" - a square-jawed Boy Scout do-gooder with "The Power of a Million Exploding Suns" but also depression so crippling he can barely leave the house most days - so you'd really only have to spend FX on him for a few climactic moments. In the comics he was conceived as an elaborate prank, wherein Marvel pretended to "rediscover" a 60s Stan Lee character they (and readers) had mysteriously forgotten ever publishing; with the reveal being that Sentry had erased all memory of himself from both the comic and comic-reading universes in order to contain The Void, a sentient manifestation of his own dark side. (And hey, isn't a big element of this series false/unreliable memories?)