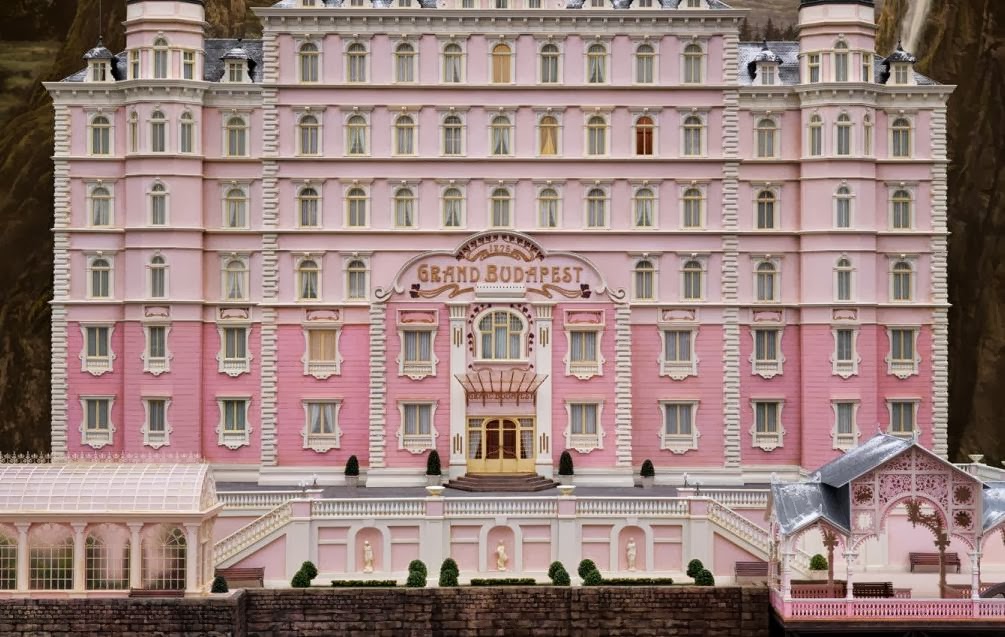 Some filmmakers are able to cultivate a style so specific that their very name becomes the only suitable way to describe it. Trying to obliquely explain the expected sweep of a Tim Burton movie inevitably means dredging through mouthfuls like "Brechtian artifice," "suburban neo-gothic," "the whimsical macabre" or unpacking the nesting doll of references to EC Comics, Hammer Films, Edward Gorey, Charles Addams, Roger Corman and Ub Iwerks. Or you can just say "Tim Burton" and everyone from Kalamazoo to Kenya will know exactly what you mean.

The modern (post-1970s) film scene is lousy with such figures, and has been ever since Steven Spielberg started getting his name above the titles and ushered in the age of the Superstar Director - a distinction that not long before had been held by Alfred Hitchcock and almost nobody else. The roster can be rattled off almost by reflex: Burton, The Coens, DePalma, Peter Jackson, Sam Raimi, Quentin Tarantino, Martin Scorsese, Baz Luhrman, Terry Gilliam, Michael Bay...

And then there's Wes Anderson. He's a director whose cinematic style is tied to his own jaunty, paleo-hipster persona. I sometimes think he resembles a time-traveler who leapt exactly five years into the future, hated it, and immediate came back to bask in a kind of now-stalgia. It seems beside the point to still note that he could easily be a character in one of his own films... save that his characters tend to be broken, awful people while Anderson is by most accounts a decent fellow as "movie people go." Is he an artist willingly at one with his vision, or has the vision simply consumed the man?

Or, alternately, is he just a grown man getting paid to play Colorforms with live-actors and million-dollar production budgets? Because that works, too. 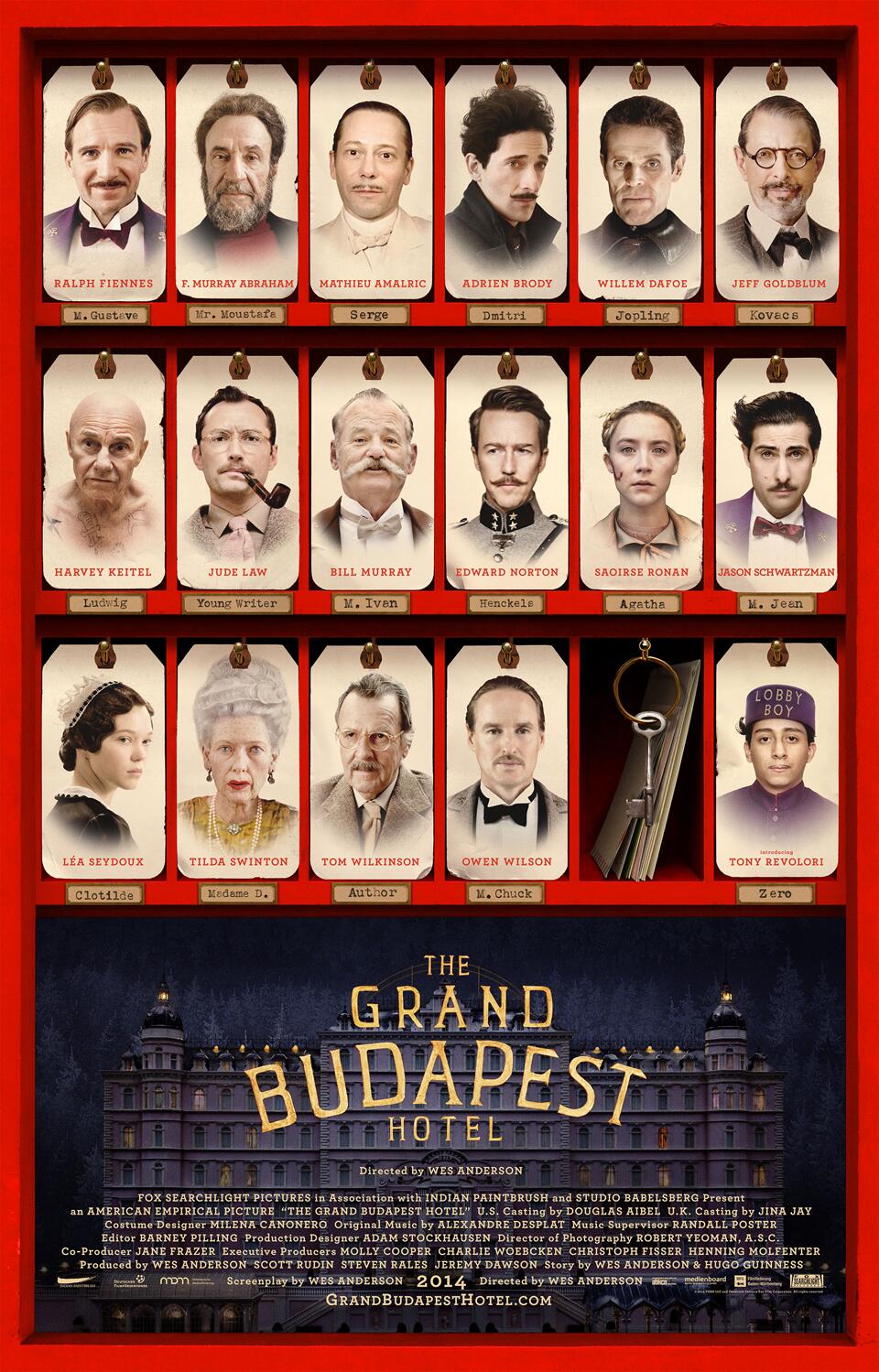 For years, I've tried to find the proper way to describe the atmosphere of his work - of the Wes Anderson dimension that his films all seem to take place in - and only recently did a suitable mental image come into focus: His films feel like they might be set in the same universe as the Muppet Movies... if the Muppets themselves had all been raptured away decades prior; leaving only their human co-stars to meander, glum and without purpose, through the ruins of whimsy. Ruins of Whimsy might well be an alternate title for his latest, The Grand Budapest Hotel, a movie where characters good, evil and indifferent all seem equally sad and lost; fighting each other because they're unable to fight entropy.

Also, Jeff Goldblum is in it. So there's that.

Per the title, the film's narrative centers around its namesake hotel - not actually located in or having any tangible relation to Budapest. Perched atop a mountain in the fictitious Eastern European nation of Zubrowka and designed with vaguely-appropriative "Orientalist" affect, it's a hermetically-sealed, self-sustaining interior world, at once impressive and unavoidably tacky; and for a moment it's easy to imagine (with no small amount of snark) that Anderson may have finally worked out the perfect setting for his meticulously-ordered, stagebound sensibilities... until they prove rather too ambitious to be contained even here. Instead, the vision spreads out into a created-universe all its own, reaching across geography and also through the borders of time.

In the present day, a young girl arrives at the grave of an author (Tom Wilkinson) clutching a copy of his book (yellowing cellophane library dust-cover still affixed, because Wes Anderson) about The Grand Budapest. She also has a mysterious hotel key to add to a collection of others hung, shrine-like, on the late author's monument. In the 1960s, the author's younger self (Jude Law) is a guest at the dreary remains of the once-beautiful GBH, where he chances to encounter the establishment's eccentric billionaire owner Zero Moustafa (F. Murray Abraham,) who offers to share the story of how he came to own the hotel and why he still clings to it after all these years.