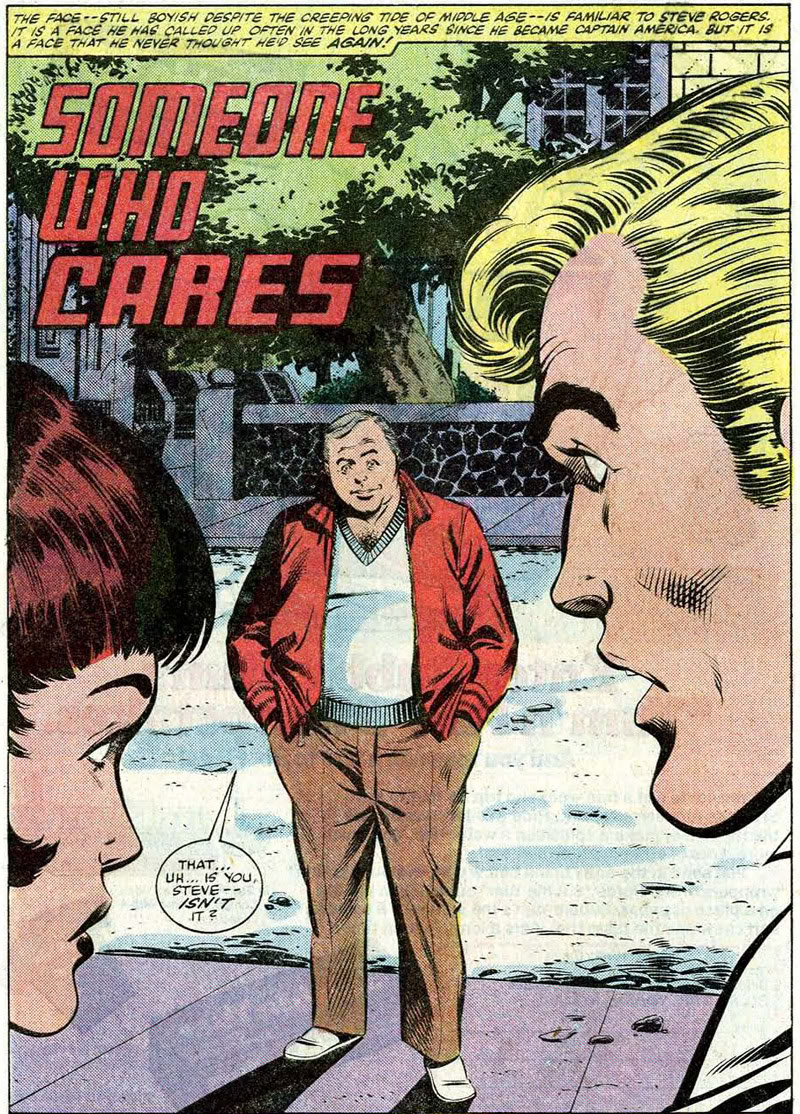 Here's how morality and the political outlook of the Marvel Universe generally works: Captain America is always on the right side. Even if he starts out on the wrong side, it's so the right side can be established as the right side by his joining it. Cap is supposed to be the best possible American, so he becomes the writer/publisher's image thereof.

So it was a big deal when, as part of an uncharacteristically downbeat set of stories running off and on from issue #270 to #296, Captain America became the first Marvel superhero to openly support gay rights... at least to the greatest degree allowable at the time.

Short version: Arnie Roth was Steve Roger's tough-guy friend/protector as a kid (in the comics, Bucky Barnes is a younger child Steve doesn't meet until the war) who seeks out Captain America's help as an old man in the present to help find his roommate, Michael, who has been kidnapped for nefarious purposes by Cap's enemies. (A more comprehensive retelling can be found here).

You weren't allowed to explicitly say "gay" or depict same-sex physical affection in comics back then, but the dialogue in these stories was as close as you could get - leaving zero doubt that A.) Arnold and Michael are a couple and B.) Steve is 100% okay with that. To erase all doubt later, Cap's enemies kidnap Roth and brainwash him into a self-hating grotesque (an obvious takedown of "repairative therapy") who rants about how he's a "freak" and that the Nazis were right about "his kind." It's up to Cap to snap him out of it, partially by way of the following monologue:

"No matter what words they force out of your mouth, you know the truth! You are not a freak! You're as good and decent a man as I've ever known! They cannot corrupt your love for Michael any more than they can corrupt my love for Bernie!" ("Bernie" was Steve's girlfriend at the time.)

Because Captain America always does the right thing.