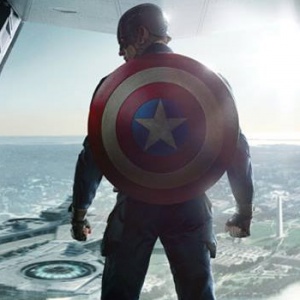 In a lukewarm review of last week's big new movie, Captain America: The Winter Soldier, New York Times critic Manohla Dargis dismissively quipped "But, gee, it can be hard keeping track of all the men flying and fighting in the superhero cinematic universe" echoing the feelings of many establishment critics and film journos that Hollywood's release schedule has become overcrowded with action films adapted from comic books.

Fellow critics took to Twitter to toss around whether or not Dargis had a point, including famously combative Badass Digest helmer Devin Faraci (who's review of the film had been overwhelmingly positive), Sasha Stone of Awards Daily and even yours truly The lively back and forth was one of the weekend's big film-geek water cooler moment, at least until the #HailHydra hashtag took over. But it's a question that increasingly interests me in what it says about a movie business at a moment of transition.

The concept of a film industry making "too many" of any one genre of films would've been completely alien in Hollywood's Golden Age, when studios worked to keep as much varied product in theaters as possible to ensure that anyone seeking a night at the theater always had something they might like to see. Old moguls asked whether audiences were sick of certain actors, sure - but not an entire genre. Its only recently, in an age of cable TV competition and multiplex bloat where the first opening weekend is all that matters, that saturation has become a concern and even then, an oblique one. A fact that the aforementioned Mr. Faraci repeatedly hammered in a satirical takedown of Dargis and other comics-dismissive critics on Thursday.

"Too much" is, of course, a subjective measure once removed from the terms of space and physics - one can fill a room to capacity, but a mind? Not so much. And if one reframes Dargis' question in terms of audience desire, the answer is rather definitively negative: When even lackluster entries like The Amazing Spider-Man or the critically reviled Man of Steel are turning huge worldwide profits, moviegoers obviously continue to hunger for more. 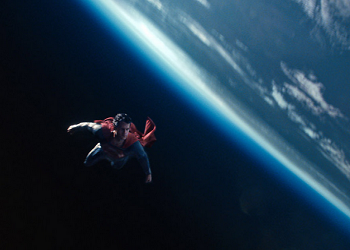 There's a lot to unpack, culturally, about the ubiquity of the superhero genre starting with the issue of whether or not it can actually be called a singular "genre" at all. Maybe it could once, but we've come a long way from even the 90s when "superhero movie" could be handily described as "action movie trying hard to look like Tim Burton's Batman.) Of the currently running series in the alleged genre, only Spider-Man and the (momentarily retired) Batman fit the big-city/secret-identity/crime-fighter template pop-culture typically thinks of as the unique "superhero" template.

But the rest? Man of Steel was an alien invasion movie, albeit one where one alien fights for humanity (so, Avatar in reverse). Iron Man is an action-comedy about a guy who makes gadgets to fight terrorists. The Incredible Hulk is a straightforward monster movie - The Wolf-Man for the age of genetic engineering. The X-Men are players in a science-fiction allegory for civil rights struggles. Thor? Closer to Highlander than Batman. Captain America's new movie resembles nothing else so much as a Roger Moore-era James Bond outing re: sci-fi inflected spy thrillers. If and when Marvel Studios pulls the trigger on Doctor Strange, he's likely to have more in common with Harry Potter than Clark Kent. Heck, Disney could have Captain Jack Sparrow join The Avengers tomorrow (memo to Disney: Don't do that) and the only logistical question to ask would be how he got from the Caribbean of the 18th century to present-day Manhattan (seriously, don't do this.)

At this point, the only thing that unites them is that they all originated in the same medium, but that's never been a rubric for designating genre before. Jay Gatsby, Christian Gray and Conan the Barbarian all come from books, but nobody calls their respective films part of the same genre, though I imagine we'll be back having this same discussion when films based on [i]Assassin' Creed, Call of Duty[/i] and Angry Birds start to gain serious traction. To be fair, this is partially owed to comics having been dominated by a singular (if internally diverse) subject in a way few other mediums have been. I mean, imagine if video games were overwhelmed by a single type of game that alternately crushed, stifled or crowded out everyth... okay, bad example.

Comics (and thus superheroes), then, aren't a genre but are up until recently a "niche," and it's my read of the situation that the rise to prominence of this particular niche is likely seen as vaguely threatening to established critics of certain vintage. Cultural awareness is THE intellectual currency among art and entertainment writers, particularly those that cover current events within their field. Seismic shifts in what one's awareness needs to include can end an entire generation of livelihoods. Witness the culling of old guard music critics who refused to acknowledge the legitimacy of hip hop in the late-80s/early-90s.