Marvel followed the first parts of this model like a treasure map. The "eager upstart" beginning (a titan in the world of comics but just another newbie venture to Big Bad Hollywood), the seeming devotion to their own fandom ("continuity porn" is above all else about rewarding fans' natural tendency to obsess), the appearance of risk-taking (Robert Downey Jr. as a superhero, Joss Whedon directing Avengers), etc. Like Pixar before them, they even took it a step further by partnering with Disney - the world-dominating corporation that invented looking like the jolly childlike Good Guy while stomping, burning and pillaging like a gold-hording dragon behind the scenes. Sure, you heard the odd story of this or that disgruntled director or underpaid actor, but it's hard for that to register opposite fandom cheering ("OMG THE INFINITY GAUNTLET!!??") or grudging accolades from the press (even journos who hate the genre had to concede that The Winter Soldier was aces).

No, the only thing that can knock corporate image built on that model for a loop (and its fans back to "Oh, right - it's a business" reality) is a semblance of betraying the carefully-cultivated image itself. That's what happened to Pixar when they (briefly) set aside sentimental geek-ephemera like superheroes, action figures and monsters to make a movie about NASCAR with Larry The Cable Guy. And now it's happened to Marvel, because doing what movie studios do quite routinely suddenly becomes a big deal when you're doing it to filmmakers whose very presence buoyed your "one of us" street-cred with the geek set. After all, what's alleged to have gone down with Wright - irreconcilable differences over creative direction of the film and/or executive meddling in the process - is exactly what went down with Patty Jenkins' booting as the original director of Thor: The Dark World. The difference in reaction is simply because Patty Jenkins isn't one of fandom's favored Precious Snowflakes while Edgar wright most definitely is.

But it's also inexorably tied to an entertainment journalism that still reflexively worships at the altar of "Auteur Theory," and that's where this starts to get more complicated.

Breaking down Auteur Theory
Coined in the mid-50s by the revolutionary film writers for Cahiers du Cinema, "Auteur Theory" is a school of film analysis that presumes the director as the primary author of a given film. Today, it's the baseline from which almost all film study springs, but at the time it was a radical concept: Before Cahiers, films - especially big Hollywood films - were thought of as collaborative efforts, and if anybody was the author it was the producer who organized the various talents together and kept the ship running (these were, of course, the days where a producer was not necessarily expected to also be an executive and/or investor).

The Cahiers rebels, looking for a way to elevate film discussion into the lofty art/artist realms of painting and literature, focused on stylistically-distinct voices like Alfred Hitchcock or Jean Renoir to make their point. It worked, and it was the main force behind the embrace of the superstar-director ideal in the 1970s and the emergence of independent directors as their own marketable commodity in the 80s and 90s. But it also had less positive overall effects, like the elevation of stylistically recognizable directors with (at best) shaky storytelling sensibilities to positions of early esteem (see: Burton, Tim); the relegation of talented directors who don't necessarily traffic in a recurring "signature" to the sidelines of film history; and an overlooking of the simple fact that producer-driven projects aren't all empty profit-driven ventures. 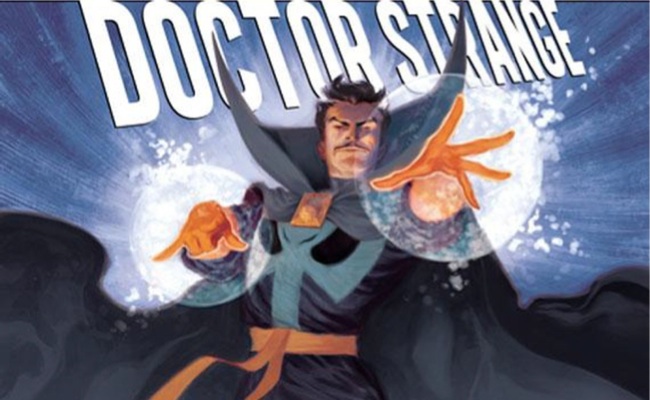 But much of film criticism, particularly that which aspires to the academic or at least the anti-commercial, still regards Auteur Theory as holy writ; and thus even the idea of Marvel Studios' "Universe" experiment exists as something of an affront to them. Sure, almost no director working at the studio has "final cut" - the stipulation that they and only they will decide every single aspect of the finished film (Steven Spielberg and Clint Eastwood have this in their contracts, for example) - but this is uncharted territory. Hypothetically speaking, directors on Marvel Studios projects could expect interference from producers on everything from basic aesthetic choices ("That hat can't be blue, we've already shot the parts of Avengers 2 where his hat is red.") to major story details ("Instead of the Holy Grail, they're looking for the Eye of Agamotto now - Doctor Strange is going to need the boost").

So seeing Edgar Wright depart under rumors that this is precisely what happened (re: Ant-Man being rewritten to better fit with the tone and meta-story of the post-Avengers 2 Marvel Universe) manifests as something like film geeks' worst fear and the Old Guard's sour grapes dream come true. It's "evidence" that Feige and Marvel/Disney are running something less like the happy-go-lucky fanservice factory they played at being and more like the assembly-line corporate hackwork some always thought of them as running.