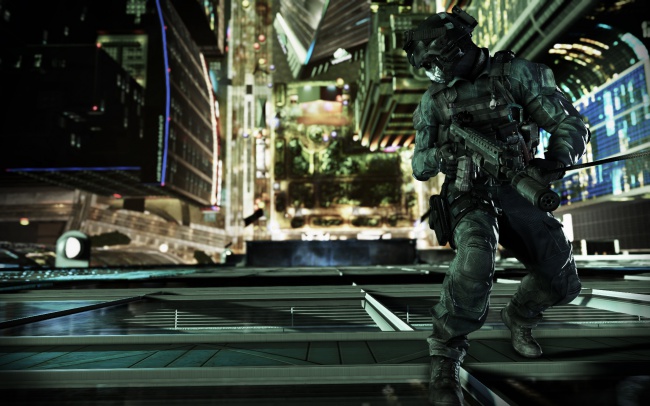 INT. BASEMENT
Dirk and Doug have fought their way into the cellar to regroup. Dirk is trying in vain to tell Doug that he can handle the terrorists alone, even though he totally understands Doug's need to prove himself now that he has met a real man who fights real battles and is awesome.

DOUG
I can do this, Sarge!

DOUG
You can't fight them all alone!
(beat)
And, besides... I need to do this,
sir. All my life I've fought in
fake battles on TVs. This is my
only chance to do something REAL!
Something that MATTERS!

DOUG
Yes! So what's the plan?

DIRK HARDEMAN
You get to the control panel,
get the Wi-Fi turned back on and
call the cops, FBI, CIA, all that.
After that, get as many hostages
as you can to the escape tunnels!

DOUG
What about the terrorists?

Doug starts to run off, but Dirk stops him. As Dirk stands, we now see that there is a big American flag hanging behind him.

Doug nods and hurries off. Dirk watches him leave, grimly.