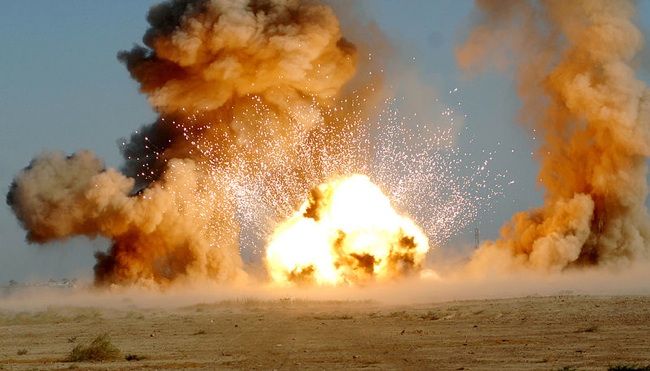 EXT. CONVENTION CENTER - NIGHT
Dirk exits the building as it all explodes behind him in a ginormous orange fireball against an inexplicably teal-blue night sky. He casually tosses the flash drive to President Xbox, who nods in solemn recognition of mutual masculine respect.

Tress runs up to Dirk and throws her arms around him, their prior relationship difficulties having been rendered moot by his awesome terrorist-killing skills. They almost kiss, but are interrupted by a group of businessmen - one of whom the audience will recognize as a Famous Game Designer making an amusing cameo. (Note: Do we have a target on WHO, or are we just going with whoever makes the best offer?)

FAMOUS GAME DESIGNER
Excuse me, are you Dirk Hardeman?

DIRK HARDEMAN
Who wants to know?

FAMOUS GAME DESIGNER
Indeed! Indeed! We want to talk
To you about possibly licensing...
well... "you" to be the hero of
our next big game?

FAMOUS GAME DESIGNER
Yes, really! After today, well...
(beat)
I think it's high time we gave
these kids a true American hero
to look up to in their games! Oh,
with a generous compensation for
yourself, of course, Sergeant!

DIRK HARDEMAN
(catchphrase to be determined)

All laugh. Fade out on American flag billowing in front of still-smoking wreckage.